Atal Tunnel: Shape is like horseshoe, will be connected even in heavy snowfall 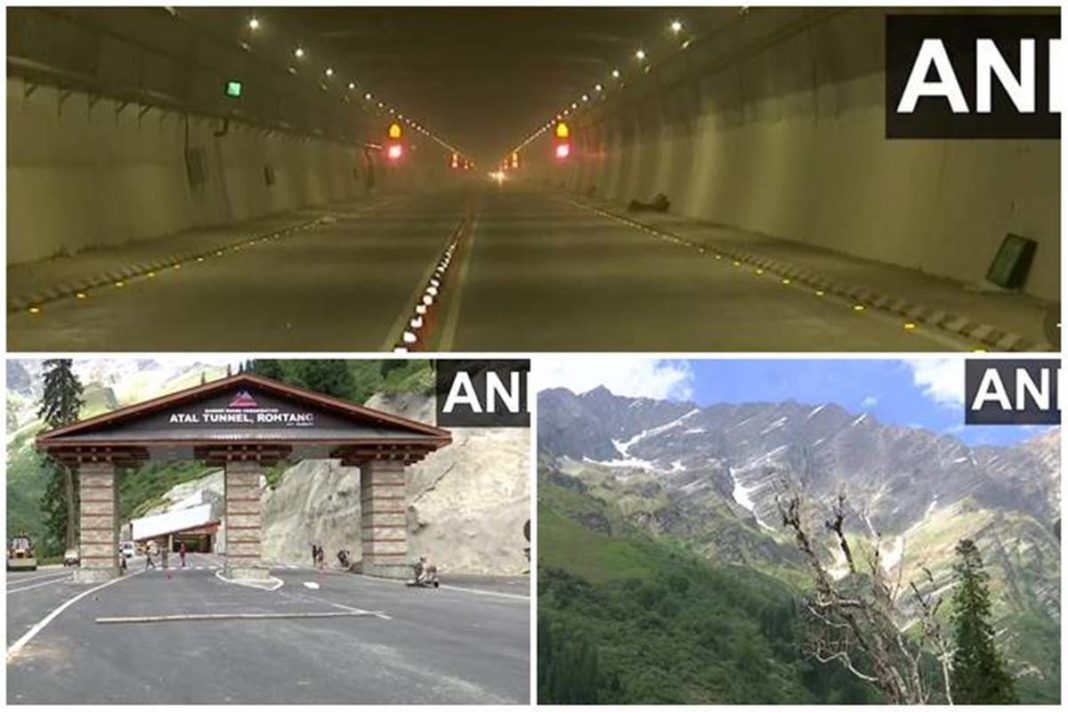 Atal Rohtang Tunnel Project: The Lahaul-Spiti valley will not be isolated even in the cold century and several feet of frozen snow. This is possible with the Atal Tunnel (Rohtang Tunnel) built at an altitude of 10,000 feet above sea level. Equipped with state-of-the-art facilities, this tunnel is horseshoe shaped in view. Around 9.02 km long, it will keep Manali connected to the Lahaul-Spiti valley throughout the year. Earlier this valley was isolated for about 6 months due to heavy snowfall. Prime Minister Narendra Modi will inaugurate the Atal Tunnel on October 3. From the structure of this tunnel to the passing and monitoring of vehicles, a lot of hi-tech arrangements have been made. Also know that the Atal Tunnel is the longest highway tunnel in the world. The construction cost of this tunnel is about 3200 crores. This project was to be constructed in less than 6 years but it took 10 years to complete.

Travel from Manali to Leh is 5 hours less

The Atal Tunnel is built at an altitude of 3000 m (10,000 ft) above mean sea level (MSL) in the Pir Panjal range of the Himalayas. This has reduced the road distance between Manali and Leh by 46 kilometers. Also, the travel time between the two places has reduced by about 4 to 5 hours.

Atal Tunnel: How is the texture

When Atal Bihari Vajpayee was the Prime Minister, on June 3, 2000, a historic decision was taken to construct a strategic tunnel under the Rohtang Pass. The foundation stone of the access road to the south portal of the tunnel was laid on 26 May 2002. The Border Roads Organization (BRO) worked tirelessly to overcome major geological, terrain and weather challenges. These include the toughest block 587 meters long Seri Nala Fault Zone, success was achieved on both ends on 15 October 2017.

On 24 December 2019, the Union Cabinet led by Prime Minister Narendra Modi decided to name the Rohtang Tunnel as Atal Tunnel to honor the contribution made by former Prime Minister Atal Bihari Vajpayee.

Realme X7 Max 5G smartphone will be launched in a while, watch live here

PNB Notification! Existing IFSC / MICR code and checkbook will not work from 1 April

Nirmala Sitharaman appeals to companies to increase business, asks them to reduce dependence on imports