Assembly Elections 2022: Noida Police issues phone number for complaints from citizens ahead of UP elections 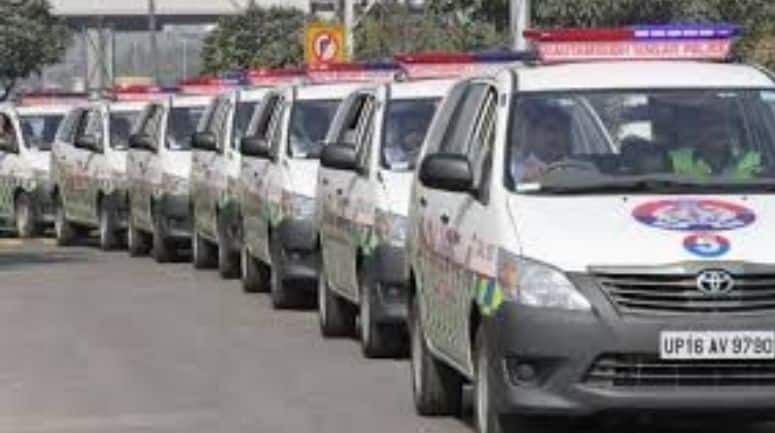 From the big campaigns so far, it seems that there may be a direct fight between the BJP and the Samajwadi Party in Uttar Pradesh, but many parties are also engaged in the exercise of making their presence felt in this fight. Mayawati has said that it would be wrong to say that her Bahujan Samaj Party (BSP) is out of the race for the assembly elections. Under the leadership of Priyanka Gandhi Vadra, the Congress hopes to upset other parties with its women-centric agenda.

BKU (Ugrahan) will neither support SSM nor contest Punjab elections

Bharti Kisan Union (Ekta Ugrahan) leader Joginder Singh Ugrahan said on Monday that his agricultural organization will neither support Balbir Singh Rajewal Samyukta Samaj Morcha nor its members will contest the February 14 Punjab Assembly elections. BKU (Ekta Ugrahan) is one of the largest agricultural bodies of Punjab. Its activists had camped at the Tikri border when farmers’ agitation was going on against the Centre’s agricultural laws.

Union minister Ramdas Athawale on Monday said his RPI(A) will contest the Uttar Pradesh Assembly elections, which are scheduled to be held in seven phases from February 10 to March 7, and has sought some seats from ally BJP.

Residents of Noida and Greater Noida in Gautam Buddh Nagar district can report election-related complaints through email or WhatsApp or a phone call, officials said on Monday. A complaint cell has been set up at the Election Office of the Police Commissionerate at Surajpur in Greater Noida in view of the assembly elections due next month, a police spokesperson said.

EXCLUSIVE: ‘One team Goa should be formed, which can defeat BJP’, why GFP President Vijay Sardesai wants to bring all parties together

Ahead of the panchayat elections in the state, the Odisha cabinet on Monday decided to increase the upper age limit for government job candidates from the general category from 32 years to 38 years. The upper age limit for such jobs for women, scheduled tribes, scheduled castes, socially and economically backward classes and physically challenged persons was raised by five years and to 43 years.

Samsung Galaxy Z Fold 3 5G launched in India, know how much is the price of this smartphone

Bank Strike Update: These function including Banking transaction got impacted