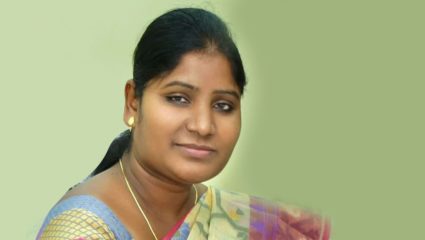 Ranchi Congress MLA from Jamtara, Jharkhand, Dr. Irfan Ansari on his statement ‘The roads of Jamtara will be smoother than the cheeks of film actress Kangana Ranaut’. Must apologise. These things were said by BJP’s National Minister cum Ranchi Mayor Dr. Asha Lakra on Saturday. He said that the MLA should know in which context he is taking the name of the personality. This statement of the MLA has hurt the respect of women. Does the MLA have this same respect for a woman? He also said that even before this, MLA Irfan Ansari has given controversial statements on girls.

In August 2020, he made a controversial statement against Ranchi’s yoga teacher and BJP leader Rafia Naaz. On the yoga teacher, he had told the clothes to be worn during yoga against Islam. He had said, ‘Rafia performs an organ instead of yoga. After this statement of the MLA, he was also accused of humiliating women. BJP’s National Minister Dr. Asha Lakra said that Congress MLA Irfan Ansari, who is intoxicated with power, is showing his petty mentality. The mothers and sisters of Jamtara assembly constituency, who have made them MLAs by giving their votes, have also done the work of humiliating those mothers and sisters and daughters with their statements. If there is any shame left in the national and state level Congress leaders, then punish MLA Irfan Ansari for his statement.

BJP’s National Minister cum Mayor of Ranchi Dr. Asha Lakra has condemned the incident related to the murder of a tribal woman in Pakuria, Pakur. He said that information has been received through various newspapers and electronic media that the mosque has been constructed on the land of the woman concerned. On Friday, she was returning to her home after attending the program of Sohrai festival. In this sequence, the accused Mumtaz Ansari, after snatching the precious jewelery of the tribal woman concerned, crushed her with a stone and killed her. He said that the women of Pakur are angry about this incident. The main gate of the mosque has been locked. Also, a chudka has been buried in front of the mosque.

Dr. Asha Lakra said that what is happening in the government of Hemant Soren? Innocent tribals are being put to death. Still the Chief Minister is silent. Have they also become benevolent of minorities by adopting anti-tribal policy? Law and order in the state is deteriorating day by day. Jharkhand Police remains a mute spectator. Has the Chief Minister of the state proved incompetent in providing security to the tribals? He also said that what kind of government is there in Jharkhand, where the Chief Minister himself is a tribal and the people of the tribal community are feeling themselves insecure under his rule.

Results of Pharma giants CIPLA and Sun pharma to come, know how Q3 performance can be