Another person became the victim of Kim Jong Un’s craze, shot 12 bullets in front of 500 people for selling music CDs 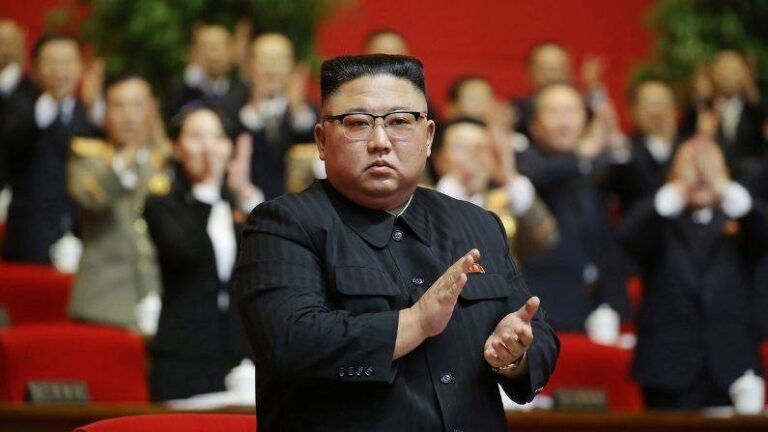 It is said that Lee was shot in late April 2021 by a firing squad. During this time, a crowd of 500 people, including Lee’s family, was also present there.

Following the orders of North Korea dictator Kim Jong Un, his firing squad (Firing Squad) has once again targeted a man. This time a man selling illegal bootlegs of South Korean films and music was shot in front of 500 people. According to DailyNK, the man’s last name was taken and he worked as the Chief Engineer in the Vonsan Farming Management Commission.

According to the report, he was caught secretly selling storage devices containing South Korean films, music and broadcasts secretly. Lee reportedly confessed to his crime before he was killed. He said that he used to sell CDs and USB sticks at prices ranging from five dollars to 12 dollars.

Shot in front of a crowd of 500 people

It is being said that Lee was shot by the firing squad in late April 2021. During this time a crowd of 500 people including Lee’s family were also present on the spot. He was given this punishment after being found guilty of ‘anti-socialist element’ under the ‘anti-reactionary thought law’ which came into force at the end of last year.

The officials said that this kind of reactionary behavior helps those who are trying to destroy our society. Respondent people in our society should not be allowed to live without fear. According to sources, 12 gunshots were heard after the officers were convicted.

After this, Lee’s corpse was wrapped in a sack and taken away somewhere in a box. Seeing this scene, Lee’s wife, son and daughter fell in their place. State Security Ministry officials picked them up and loaded them into a truck to be taken to a political prisoner camp. According to sources, the neighbors started crying bitterly after seeing that the officers picked up Lee’s wife like a piece and threw it in the truck but due to fear they did not say anything and wept silently.

Also read: So this is the first person in the world who got corona, a 61-year-old woman infected Wuhan with a population of 11 million!

Out on bail in hate speech case, Yati Narsinghanand does it once more: asks Hindus to take up arms