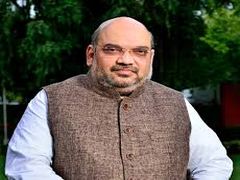 Union Home Minister Amit Shah on Thursday reviewed the security situation in the Union Territory following the killing of seven civilians by terrorists in Jammu and Kashmir in the last five days. Top officials apprised the Home Minister about the overall security situation in the Union Territory and the border areas in a marathon meeting that lasted for about five hours.

They were told that the terrorists have followed a policy of easy targeting of civilians and they were also apprised of the steps taken to tighten the security management, an official said.

Meanwhile, according to Hindustan Times, the government has a plan to selectively kill the terrorists and for this the Center has sent its top anti-terror experts to the valley. These experts will help in eliminating the Pakistan-backed terrorists along with the local police.

According to the newspaper, the Resistance Force, backed by Lashkar-e-Taiba, was behind the attacks in the last five days. Along with sending a team of anti-terror experts from security agencies to the Valley, the Home Minister has also directed to nab the perpetrators of the attacks.

Shah is understood to have directed the authorities to ensure that the terrorists involved in the killing are caught and such incidents are put to a halt. Later, Director Intelligence Bureau Arvind Kumar held a separate meeting which was attended by senior officers of Jammu and Kashmir.

A school principal and a teacher were shot at at close range in Jammu and Kashmir’s capital Srinagar on Thursday, taking the number of civilians killed in the Valley by terrorists to seven in the last five days.

Of the seven civilians, four are from the minority community and six have been killed in Srinagar. In the Government Boys Higher Secondary School in Idgah, Srinagar, principals Supinder Kaur and Deepak Chand were shot dead inside the school premises at 11.15 am on Thursday. There were no students in the school at that time.

Meanwhile, prominent Kashmiri Pandit businessman Makhanlal Bindru was shot dead inside his drugstore on Tuesday. According to official figures, terrorists have killed 28 civilians so far in 2021. According to official figures, there have been 97 terrorist attacks in Jammu and Kashmir so far this year, of which 71 were on security forces and 26 on civilians.

Racism occurred with Indians who were martyred in the first world war, Britain government apologized

Why is the ‘ghost of Kashmir’ not coming out of Imran’s head? Pakistani PM said – improving relations with India means cheating Kashmiris

Pegasus Project: Politics heats up over allegations of espionage, know why Pegasus is more dangerous and how to avoid it