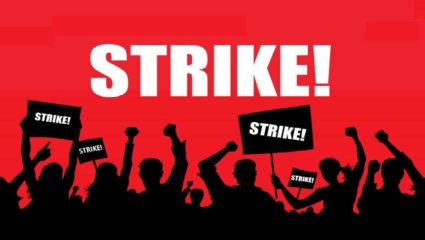 Nashik: In the case of ST Employees’ strike which has been going on for almost two months, there is no way to find any solution. Meanwhile, the ST Administration in the Nashik Department tried to start the bus service on Wednesday with the help of 50 contract employees.

During this, ST employees sitting near the departmental workshop of Andy Patel Road in Nashik started protesting against starting the bus service. The employees said that the administration is playing with the lives of the passengers. Meanwhile, the police, who reached the spot, tried to convince the employees to remove them from the road. But the staff was not ready to listen to anything.

According to information received from the sources, there was a clash between the police and the employees while removing the employees from there. Later the ST employees who were on strike were arrested. Further action is being taken against these ST employees at Bhadrakali and Mumbai Naka police stations in Nashik.

In this case, the API of Bhadrakali police station said that a total of 11 ST employees have been arrested. All these people were opposing the starting of the bus by the contract employees. These employees were protesting against running the bus by gathering in Andy Patel Road. According to the information received, there is also news of a clash between the employees and the police during this period. All the employees have been produced in the Nashik District Sessions Court at present. Till the filing of this report, it was not known whether the employees were released on bail or given police custody.

Covid-19 India: Corona cases decreased in the last one day, the most active cases in a day were reduced in Maharashtra

Tesla Model S electric car worth crores blew up with 30 kg of gunpowder, know why?