6 Penny Stocks With Strong Growth And No Debt Will You Invest? 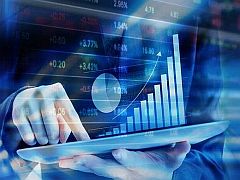 Whether there is a bull run or a period of weakness in the stock market, people are always in search of such stocks which are cheap. And who would not like to buy shares priced below Rs 50 and earn three times the profit on it. Today we are talking about 6 such Penny Stocks which have strong balance sheet and have paid more dividend than their rival companies. You can also keep these companies in your watchlist.

This government company does business in Project Management Consultancy, Real Estate and Engineering Procurement & Construction segments. The central government held 61.75 per cent stake in this till the end of June. The company has had almost zero debt for the past several years.

Its sales and profit record is also good. It has also given consistent dividend. It is likely to be included in the list of privatization of the government. The company’s stock price has risen 103 percent in the last one year. NBCC India shares closed at Rs 47 on Friday.

Gujarat Mineral Development Corporation (GMDC) carries out mining and mineral processing. It is the largest seller of lignite in the country. However, the company’s profits have declined in recent years. It has never made a loss for almost two decades, except in the last financial year. It has also been giving good dividend for many years. Shares of GMDC closed at Rs 77.25 on Friday.

The company had debt for the last 18 years. This year the company has reduced its debt to zero. It has never recorded any loss for the last several years. However, its profit has come down. Indraprastha Medical’s dividend yield has been in excess of 3 per cent for many years.

It did not pay dividend in the last two financial years. The company’s stock has risen nearly 59 percent in the past one year. Its shares closed at Rs 80.15 on Friday.

This government company started giving dividend from 1995. It has continued to pay dividends. The company has very little debt. The company’s stock reached a 10-year high last month. The main reason for this was a military coup in the African country of Guinea, a major supplier of bauxite. This may lead to increase in aluminum prices, which will benefit Nalco. Nalco shares closed at Rs 96.20 on Friday.

Air India: Tata Sons Chairman Chandrasekaran said that Air India will be made a world-class airline

The stock of this financial services firm has gained almost 107 percent in the last one year. It has made losses in only one financial year since 2004. In the last financial year, it had given a dividend of 350 percent. Shares of Geojit Financial closed at Rs 80.50 on Friday.

The firm deals in trading and distribution of automobile parts, accessories and petroleum products. It has good sales and profit growth. Its stock has gained about 135 percent in the last one year. Jalandhar Motor Agency does not have debt. It also has a good record of paying dividends. Its shares closed at Rs 61.80 on Friday.

Nepal asks India to make easy supply of covid vaccine, will cooperate to deal with epidemic