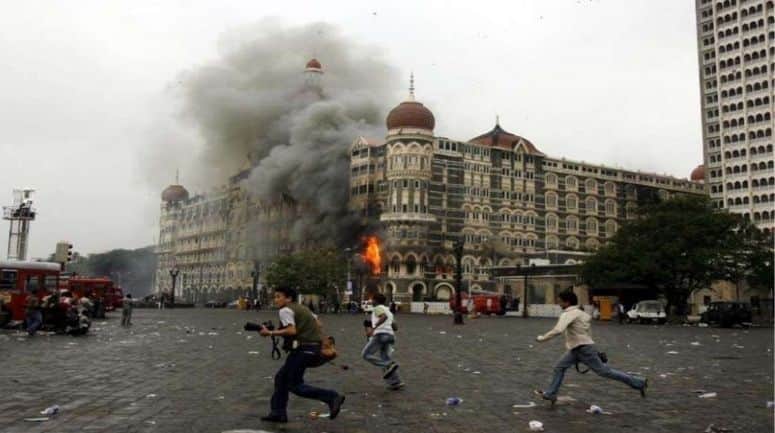 On the evening of November 27, 2008… a day after the deadliest terror attacks in Mumbai, which we all remember as 26/11, the Research and Analysis Wing (RA&W) Secretary Ashok Chaturvedi met the then Prime Minister Manmohan Singh and offered to resign, taking responsibility for not stopping the attack earlier and failing intelligence. 166 people were killed and 293 were injured in this terrorist attack.

According to the Hindustan Times report, Chaturvedi showed all relevant intelligence alerts on the major terror attack to the Multi-Agency Center of the Intelligence Bureau (IB) sent by RAW for action and action on behalf of Mumbai Police.

Specific alerts were sent to the IB on behalf of the then Joint Secretary (International Relations) Anil Dhasmana. These alerts were gathered with the help of agencies like the US Central Intelligence Agency and Israel’s Mossad.

In the alert sent by RAW, possible targets including Nariman House were listed with a clear name. It also contained an alert issued by the agency on November 20, 2008, to the Indian Navy and Coast Guard, which were then involved in the Gujarat war exercise at sea off the Kathiawar peninsula. It was told of the infiltrating ship Al Husseini, which started its voyage from Keti Bandar in Karachi.

The ship, whose longitude and latitude were also mentioned in this alert, was not intercepted at the High Sea and the terrorists used the hijacked fishing trawler MV Kuber to reach the outskirts of the Mumbai port on that fateful day. used.

Chaturvedi died in 2011, it is understood, after Prime Minister Manmohan Singh examined the RAW alert, which would still remain in the agency’s archive, for not resigning the then head of India’s external intelligence agency. said.

Chaturvedi, who was later targeted for not stopping the 26/11 attacks, retired from the agency in January 2009. His Madhya Pradesh IPS cadre Anil Dhasmana became the chief of RAW in 2017 and is currently the chairman of the National Technical Research Organization (NTRO).

The IB used these warnings to issue three warnings of imminent terror attacks, including attacks on Jewish hideouts in India’s commercial capital. This is clear from the de-classified report of the RD Principal Inquiry Commission prepared by the then state government headed by Congress Chief Minister Ashok Chavan.

The principal report talks about the lack of proper handling of threats on the part of both the state home department and the Mumbai Police, and especially from the IB on the possible attacks on the Taj Mahal Hotel, the Oberoi Hotel and the World Trade Center on August 9, 2008. Refers to received alerts.

Lashkar-e-Taiba’s 26/11 Mumbai scout David Coleman Headley told the NIA in June 2010 interrogation that the first attack on Mumbai in September failed as the boat sank in the sea. The second 26/11 attempt was successful and fatal, as the Union Home Ministry, the State Home Department and the Mumbai Police were all unaware.

With six US civilians and four Israeli civilians killed in the attacks, both the CIA and Mossad were outraged for India’s failure to prevent the Mumbai massacre. Despite this, both the agencies and their governments helped the Indian security agencies to extract clues from the burnt mobile phones and GPS sets of the terrorists by using the latest technology. After Union Home Minister Shivraj Patil, State Home Minister RR Patil and Mumbai Police Commissioner Hasan Ghafoor lost their jobs after the incident, Director, Intelligence Bureau, PC Halder retired on 31st December 2008, the date of his retirement. All this shows that clearly the Central Intelligence had not failed.

Although there was a mood for military retaliation against Pakistan after the massacre in Mumbai, this changed eight months later, when Prime Minister Manmohan Singh met his Pakistani counterpart Syed Yousuf Raza Gilani at Shram Al Sheikh on July 16, 2009. and decided to find a way forward for bilateral relations.

The Pakistani prime minister promised to bring the perpetrators of the Mumbai attacks to justice, but also defended himself under the guise of allegations of an Indian terror threat to Balochistan.

SBI Alert! This message of SBI blew the customers away, be careful