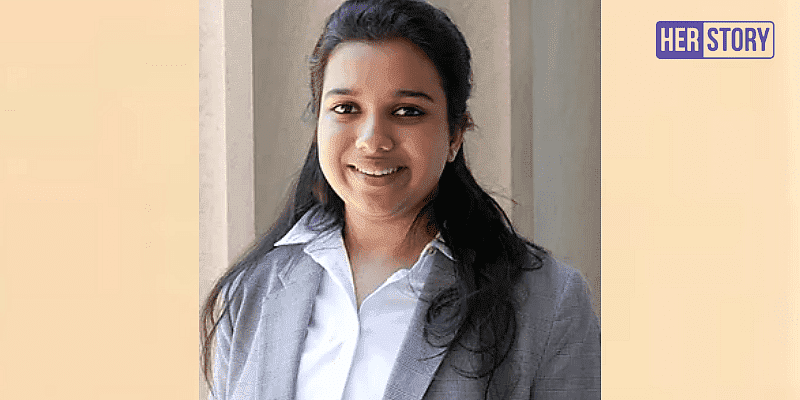 At the age of 13, Anushree Aggarwal understood that what she learned in social science classes about leadership and society in rural India was very different in reality.

As an eighth grade student, Anushree knew that certain seats in the electoral constituencies were reserved for women to ensure fair representation in the roles of panchayat (gram sabha) and sarpanch (village head). Thus she considered that in 2016 the problems and needs of women were taken care of to oversee the sarpanch meeting in Murtizapur district of Maharashtra.

“There was a woman in the veil with five other men in a two-hour meeting and everyone except the woman spoke. I was very surprised and later went to her and told her that I am waiting for her to speak and her answer still hurts me.”

Self reliance and independence

A computer enthusiast herself, Anushree saw her future in computer science and realized that women in rural India should also benefit from the far-reaching benefits of technology.

“Delhi is a metro city and there are resources available for various career options, but I felt that in rural areas, technology advancement is not available to the extent it can be considered a career option,” She says, she wanted to start computer science as a way for girls to become self-sufficient and independent. With this aim in mind, she founded the Vigyan Foundation in 2016.

However, it was not as easy as she thought. When she planned to promote technology-based learning, Anushree learned that it was not realistic to introduce coding or artificial intelligence without understanding her assumptions.

The reality, she says, is that most women were not financially secure. “I could not convince them to come and learn computers.” This is when Changemaker used their technical skills and knowledge and created an app, which provides them with information about government schemes and the closest and most relevant self-help groups (SHGs) to share resources .

Women are required to sign up on the app by sharing name, contact number, village or constituency and their basic information. The Scientific Foundation partnered with organizations such as the Green Agro Multipurpose Foundation and KVAS to leverage its existing data and resources.

The application is designed to show the most suitable SHG and government schemes based on their location and occupation.

During her interactions with women, she found that most of them were unaware of the methods of availing loans from formal financial institutions – whether to avail full loans or in intervals and were not aware of the best interest rates in the market. This lack of awareness easily led them to private lenders, who charge higher interest rates. As a result, they were always stuck in the debt trap.

Through advice and assistance to take advantage of government benefits and schemes, Anushree says, her income has increased by about 25 percent.

“Women can also take advantage of new government schemes and other resources. The role of the Vigyan Foundation comes in the form of mentorship and connect – we promote the exchange of information and make things more accessible, ”she says.

Maharashtra, Manipur, And Nagaland At present, the Foundation has organized and mentioned 400 SHGs and connected over 1700 women to various programs and schemes.

As the financial burden of women diminished, Anushree encouraged them to learn computer skills to help them track their artisan business activities.

Starting with three contestants, in 2019 Shysharp Fellowship (SheSharp Fellowship) (Named programming language See Sharp). Gaining popularity through word-of-mouth, the fellowship now also trains women and their children. Depending on the level of understanding and interest in computer science, they are taught basic tasks such as various Microsoft software or more advanced levels such as HTML and coding.

The sessions are virtually held over Skype and mentors follow individually on their progress and understanding of the lesson, including Anushree. As the language is a minor obstacle, as most of the participants are not fluent in Hindi, Anushree sends the translated script to her native language.

After these lessons, women are now able to use spreadsheets to track their finances and revenue. Actually, 23 year old kalyani, Now head of the organization in Maharashtra, was one of the earliest members who benefited from the program.

She explains that due to lack of resources in the village she had to give up her passion and talent for computer science but later joining the Vigyan Foundation made it possible to get involved in computer-related lessons.

Blast in Baghdad: A huge explosion took place in a busy market packed with people.