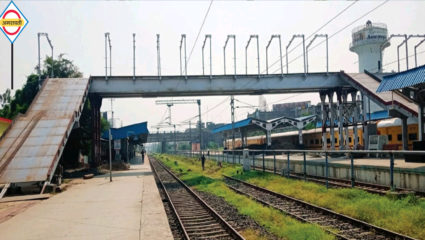 Chandur Railway. Keeping in view the daily demand of electricity in the city, former MLA Virendra Jagtap has said the demand to provide funds by granting approval to set up a new 132 kV substation for the city. Taking cognizance of this demand, orders have been issued after conducting a technical inquiry in a meeting held in Mumbai under the chairmanship of State Energy Minister Nitin Raut.

All three tehsils will benefit

33 KV was done despite having 66 KV substation in Chandur Railway tehsil of British era revenue subdivision. The demand for electricity is increasing due to wells, irrigation wells of government schemes. That is why the demand for 132 KV substation was made by Jagtap through request. Due to which the sub-centres of Ghukhed, Amla, Rajura, Industrial Center, Malkhed, Mardi etc. areas of Tehsil will be benefitted. Apart from this, orders have been issued to connect Nandgaon Khandeshwar and Mangrul Chawala power supply with Ner 220 KV. Similarly, under the RDSS scheme, Dhamangaon to Devgaon 33 KV link line construction work has been proposed in the DPR.

Assurance has been given to complete agriculture connections in all three tehsils by giving funds as per priority from March 2018. Along with this, instructions were given to increase the capacity in the sub-centres of the three tehsils, expedite the completion of overhead transformer works. In this context, the follow-up started from the year 2015 and is getting success now.

With this, in view of the number of agricultural pump applicants pending since the year 2018, in all the three tehsils of the constituency, 498 electricity connections have been provided under the Krishi Electricity Connection Policy 2020. Similarly, the work of 115 pending connections in the special component scheme is in progress and the remaining work according to the availability of funds has been informed by former MLA Virendra Jagtap.