106 electric charging stations to be built in nashik 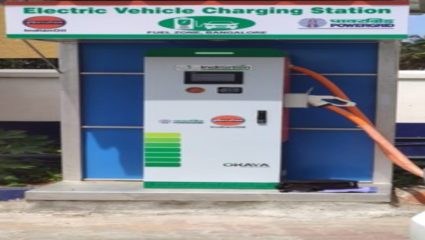 Nashik: In connection with the proposed electric vehicle launch in the city, the Nashik Municipal Corporation will start 106 electric charging stations. For this, the Municipal Corporation along with a private company has shown preparations for the construction of the center on BOT lines. Information about appointing expert consultant for this work has been received from the sources.

To build this charging station, a Rajasthani company had shown its preparation to the smart city, but some of the company’s conditions were not acceptable to the municipal commissioner, so the municipal corporation itself has invited other private companies while starting the charging station. Taking various types of decisions in Nashik Municipal Corporation, eco-friendly Municipal Corporation has created a distinct identity in the entire state. Taking forward this identity, the administration has taken a step forward and has taken the initiative to build 106 vehicle charging stations across the city. Municipal commissioner Kailash Jadhav has expressed confidence that these charging stations will be ready in the next few months after an agreement is signed with a private company.

The Municipal Commissioner has ordered the Municipal Composition Department to prepare the proposal. According to this, now in societies having more than 25 flats, electric charging stations are being strictly enforced. It will be mandatory to have 2 electric charging stations in buildings having more than 51 houses. For this an area of ​​500 square meters is mandatory. At the same time, strictness of 2 charging stations and 500 square meters of land has been imposed. Failure to do so, the builder has been warned of not giving the completion proof.

Anil Deshmukh again appeared before Chandiwal Commission, there are allegations of recovery of Rs 100 crore

Online rules only for Zilla Parishad! Members raised questions on meeting of officers