Gold and silver become cheaper after Holi, know how much you will have to pay for ten grams of gold 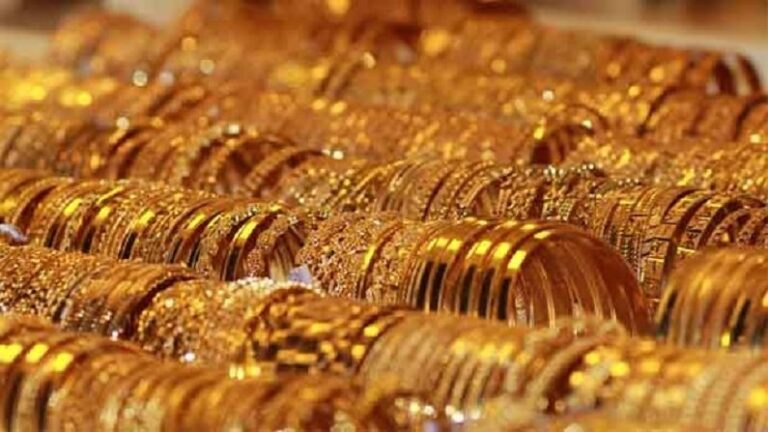 Along with the domestic market, a drop in prices was also seen in the global market. Talking about the international level, both spot and futures prices were seen trading with a fall on Tuesday evening. The global futures price of gold (Gold Price) declined by 1.13 percent.

Gold prices have become cheap just one day after Holi. In the domestic bullion market, both gold and silver precious metals declined on Tuesday. According to HDFC Securities, the domestic spot price of gold has declined by Rs 138 on Tuesday. Due to this decline, the price of gold was reduced to Rs 44,113 per 10 grams. According to Securities, the domestic price has fallen due to the fall in prices globally. Significantly, in the previous session, gold had closed at Rs 44,251 per 10 grams.

Along with gold, the decline in the spot price of silver was also recorded on Tuesday. Silver declined by Rs 320 per kg. Due to this fall, the price of silver has been reduced to Rs 63,212 per kg. Earlier, silver had closed at Rs 63,532 per kg in the previous session.

The state of the global market

Along with the domestic market, a drop in prices was also seen in the global market. Talking of international level, both spot and futures prices were seen trading with a fall on Tuesday evening. The global futures price of gold declined by 1.13 percent or $ 19.30, to trade at $ 1695.30 an ounce. At the same time, the global spot price of gold appeared to trade at $ 1695.76 an ounce, down 0.96 percent or $ 16.44.

What is the reason for the fall

HDFC Securities Senior Analyst (Commodities) Tapan Patel said, “Gold prices fell on Comex (New York-based Commodities Exchange) due to the sell-off, while the dollar has strengthened to a two-week low. Market experts believe that in the coming time, the selling of gold and silver prices may continue. In fact, during the Corona period, there was a strong rise in the prices of gold. Sona reached its record high in August. But since the budget, there are fluctuations in gold prices. Gold has become cheaper by about 12000 rupees since August.

Novak Djokovic: May the ‘game’ of COVID vaccine not overshadow tennis career

File Photo New Delhi: Novak Djokovic of Serbia, one of the best players in the…

Property tax should be waived on houses up to 500 sq ft in Nashik city: Mayor Satish Kulkarni

Representative Pic Nashik: The Mumbai Municipal Corporation has decided to do away with the property…