Why is there a war between Yes Bank and Dish TV, know the full story behind it 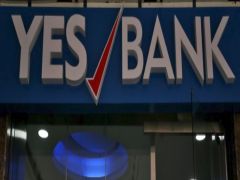 How did this controversy start?

In May 2020, Yes Bank redeemed pledged shares of Dish TV and became its largest investor. After this, in February 2021, Dish TV approved the release of the rights issue of 1,000 crores. Yes Bank objected to this and demanded the formation of the board afresh.

Dish TV argued that for appointment at the board level, approval is required from the Ministry of Information and Broadcasting.

Hero Electric will set up 10,000 charging stations in the next one year, any EV can charge

Earlier, Yes Bank had given a loan of Rs 3,000 crore to the promoters of Essel Group and the promoters defaulted on this loan. The then owner of Dish TV, Jawahar Lal Goyal, came out in defense of the Subhash Chandra-led Zee Group and pledged his personal holdings in Dish TV to the bank. Jawahar Goyal is the younger brother of Subhash Chandra.

Why is Yes Bank demanding a new board?

Obviously one of the reasons for this is that Yes Bank was not happy with the way the rights issue was handled. Even before this, the opinion of Yes Bank and Dish TV was not received on many issues. Yes Bank says that the rights issue is being brought to reduce its majority shareholding in Dish TV.

Yes Bank said in the notice sent to the company, “The company is not adhering to corporate governance standards properly and it is not properly representing its shareholders (including Yes Bank and many other banks and financial institutions) who have close quarters in the company.” 45% stake.”

“Dish TV is deliberately acting at the behest of certain minority shareholders, who hold only 6% stake in the company,” the bank said. Yes Bank said it had asked Dish TV not to approve the rights issue without discussion with key shareholders. However, the board ignored this and made a public announcement of its plan to bring a rights issue of 1,000 crores on 28 May 2021.

Oyo targets more than $ 12 billion valuation in IPO, founder will not sell stake

What steps can Yes Bank take now?
Dish TV, in a reply sent to Yes Bank on September 6, said that before making changes at the director level, approval is required from the Ministry of Information and Broadcasting. In such a situation, the proposal for removal and appointment of directors from the board cannot be tabled in the AGM. Dish TV’s AGM September 27

Yes Bank then issued several notices to Dish TV, alleging that instead of presenting the proposal for removal of directors and appointment of new directors, it is now postponing the AGM meeting on September 27.

Sensex closed above 60,000 for the first time, know from analyst how the market will move on Monday

In such a situation, Yes Bank issued a notice to Dish TV under Section 100 of the Companies Act and demanded to call the EGM. According to some reports, Yes Bank is contemplating to take the legal route on the issue of appointment of new directors. In addition, Yes Bank has also expressed its willingness to know about certain investments of Dish TV as it believes that Dish TV has not made satisfactory disclosures related to these investments.

This is how big tech companies are helping Corona in the war, sending aid to India from UK, Europe, Italy