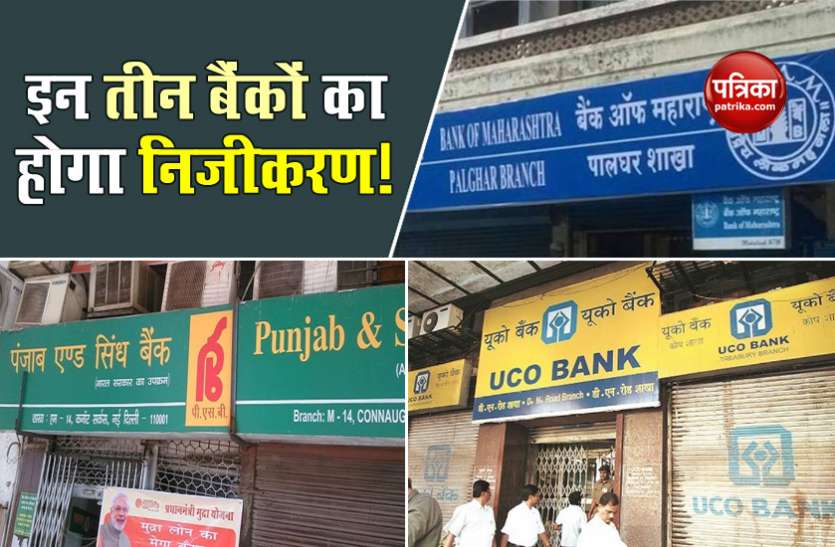 The government seems to be in a mood to move ahead soon with the privatization of banks. For this, the complete blueprint has also been prepared by NITI Aayog. The commission has proposed to keep only 4 banks in its under government. At the same time, besides the Punjab and Sind Bank, the Commission has advised the Bank of Maharashtra and UCO Bank to privatize on a priority basis. At the same time, the remaining banks have been asked to reduce their stake. That is, the government has started the plan to give the banking sector completely in private hands.

The advice was given to the government by the Commission

Also read: In Aadhaar, banks are updating their address through passbook, so note that this point

Strategic and non-strategic sectors were decided by the government for privatization. The banking sector also comes under the strategic sector. Under which 4 government banks can be approved. This proposal can be placed in the cabinet soon. Government sources in the media report said that after the August 31 loan moratorium, restructuring the loan for two years, banks will need capital.

The government will get relief

On the other hand, the privatization of weak public sector banks which require government support from time to time will provide considerable relief to the government. By the way, the government is not moving towards privatization all at once. Every step is doing it thoughtfully and slowly and with planning. So that the government can get more money by selling them. According to the data, from 2015 to 2020, the central government had infused capital of Rs 3.2 lakh crore in the state-run banks, surrounded by the bad loan crisis. In the era of Coronavirus, the thick clouds of the crisis on banks became more intense. Let us tell you that due to merger and privatization in 3 years, the number of public sector banks in the country has increased from 27 to 12. The plan to reduce it further to 4 is being worked out.

No decision on weekend lockdown in Mumbai at present, Mayor said CM Thackeray will hold virtual meeting with PM Modi

ITR Filing Jhatpat Process: ITR can be easily filed through instant processing, this is the way