The budget of the Municipal Corporation staggered due to the extravagance of the ruling BJP, there is a shortfall of 628 crores in the budget 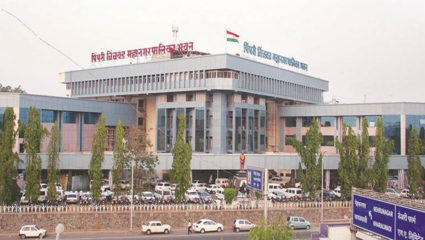 Pimpri : Pimpri-Chinchwad Municipal Corporation is known as a prosperous and wealthy Municipal Corporation. However, it is underlined that the financial position of the Corporation has worsened with the budget for the upcoming financial year 2022-23. For the first time, a cut of Rs 627 crore has been made in the budget. Former Nationalist Congress Party mayor Sanjog Waghere Patil has criticized the ruling BJP and the municipal administration for driving the city into financial trouble by mismanagement, unnecessary work and wastage of money.

A total budget of Rs 6,497 crore for the upcoming financial year 2022-23 was presented in the Standing Committee meeting on Friday. Responding to this budget, Sanjog Waghre Patil said that Pimpri-Chinchwad Municipal Corporation is known as one of the richest municipal corporations in the country. Every year the budget increases. However, a total reduction of Rs 627 crore has been made in this year’s budget as compared to last year. This is an indication of the deteriorating financial condition of the Municipal Corporation. For the last five years, due to the wrong policies of the ruling BJP in the Municipal Corporation, the economic situation has deteriorated unexpectedly.

The reason for the reduction in the budget is being told as the fall in income during the Corona period. However, spending was expected to be limited as income declined. But the municipal officials and administration officials did not try to control the expenditure. On the contrary, unnecessary and arbitrary expenditure was made. Lakhs of rupees are wasted in wrong and unnecessary work. Cement concrete roads are being constructed on non-essential streets. It costs down the road as well as disrupts other services and adds to the stress of that cost. It is certain that the BJP, which came to power in the Municipal Corporation, will not come to power again. Therefore, they are only planning to do big things. Pimpri-Chinchwad city and its taxpayers will have to bear the brunt of BJP’s mistakes.

The credibility of Pimpri-Chinchwad Municipal Corporation will be taken care of and development works will be done and people’s money will not be wasted. This was always noticed during the party’s rule under the leadership of Nationalist Congress leader Ajit Pawar. BJP did not take that precaution. Their leaders did not have time to pay attention to the city. Therefore, it is clear that BJP as the ruling party has taken the Pimpri-Chinchwad Municipal Corporation and the people of the city into financial trouble, commented Sanjog Wagher Patil in a press release.

Farming is most important for farmers to run their livelihood. They earn money and fulfil…

Tension in Warora due to idol contempt, police handled the situation

Chandrapur. The idol of Lord Shankar, established 35 years ago in the weekly market of…

7th Pay Commission: Salary of government employees will increase by Rs 7750 from this date, will get such benefit

Due to the Corona period, the ban on DA of central employees has been removed.…