People disappointed due to non-reduction of prices of needy items, mixed reaction of Mumbaikars on the budget 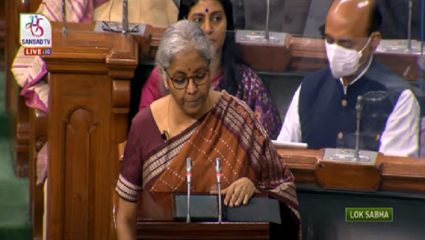 Mumbai: In Mumbai, which is called the financial capital of the country, there was constant excitement about the budget of the Central Government. From the stock market, Zaveri market, textile market to electronics, rationing and open market, people kept hopeful on the announcements of the budget. The eyes of the employed people were on the tax slab, due to which they were disappointed. People were disappointed when there was no change in the slab.

Despite economic turmoil and price changes in every budget for several years in a row, the government is not changing the tax slabs. The salaried people are angry that the government deducts a huge part of their salary in tax. There is resentment among the people due to non-reduction of prices of mustard oil, groundnut oil, cooking gas, pulses, fruits, vegetables, milk etc.

In the era of COVID crisis, some people were waiting for an immediate relief package.

Many youths of Mumbai are looking for jobs. The announcement of 60 lakh new jobs in this budget has stunned these youths. The poor section of Mumbai has started expecting something for itself from the announcement of the center to provide 80 lakh houses. While many are pleased with the Budget’s plans to digitize the economy and banking, many still prefer direct transactions. During the time of COVID crisis, some people were waiting for an immediate relief package. But nothing like this happened in this budget. They have been disappointed by this. In the budget, more emphasis has been laid on plans for far-reaching results. Some people are considering this as ‘aircraft’. While many people call it the vision of the government. Overall, common Mumbaikars have given a mixed reaction to the Centre’s latest budget.

This is a visionary budget for public welfare. Only common man will get its direct benefit. With the development of basic resources, construction of roads, running of new railways, etc., the standard of living of the common man will increase. The common man will definitely benefit from the reduction in the prices of electronic items, mobile chargers, leather articles, gold and diamond jewellery. Now common people will be attracted towards the purchase of jewelry. This will also benefit lakhs of traders associated with gold and silver. I welcome this budget.

There has been no change in the tax slabs for the last several years. Expected from this budget, but we were disappointed. 80 lakh houses for the poor and 60 lakh new jobs for the unemployed can benefit the common man. Only the needy common people will get its direct benefit. Illegal transactions and corruption will stop with digital economy, this is a big relief for the troubled common man. Apart from development, this is a budget to move forward by taking the common man along.

TORONTO — The Knicks have an issue. They’re reeling. They’ve misplaced their id, their defensive…

A yr and a half after his arrival, the Chicago Bulls lastly match middle Nikola…