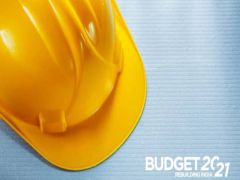 The countdown to Budget 2021 has started. Everyone’s eyes are on what the government does to deal with the economy and all the challenges before the country amid the epidemic spreading across the world.

Significantly, even before the COVID-19 epidemic, the Indian economy was not in a very good condition. The economy faced challenges such as declining consumption, NBFC crisis and weakness in rular demand. However, as soon as mild signs of recovering from these problems began to appear, the corona epidemic struck, in view of which the government announced a stringent lockdown. It has been an unprecedented experience for the country. This not only stopped the entire economy, but millions of people had to lose their livelihood.

The first quarter saw a contraction of 23.9 percent of India’s GDP due to the lockdown enforced by Corona, which was the worst among emerging and developed economies. To prevent loss, as soon as the COVID case falls slightly, governments around the world and India too adopted a policy of softening the lockdown and starting economic activities.

At the same time, the government adopted a pro-active strategy to tackle this economic crisis and announced a package of Rs 20 trillion to bring the economy back on track. Under this package, the focus was on providing liquidity and credit support to the businessmen, from providing cash to the common people.

Due to all these efforts and softening in lockdown, pent-up demand and festive season demand, we have seen a good recovery in the economy, but how sustainable this recovery remains a question. We believe that despite the financial constraints, the government’s focus in the budget will be on bringing all kinds of demand boosters to get the economy back on track.

With growth still below normal levels, it is expected that in the upcoming budget, the government’s focus will be on increasing spending in sectors such as Infrastructure, Rural, and Healthcare. This will create employment opportunities for semi-skilled workers. Along with this, demand will increase for overall goods created by MSMEs sector and services provided by them and overall consumption will see an increase.

Apart from this, due to the focus on self-reliant India, it is expected that in this budget, all steps can be taken for structural reforms in MSMEs sector, skill development and agriculture sector.

Like every time, this time too people are sitting on the tax front hoping for a big relief in the budget. People expect relief in indirect and direct taxes but it is to be kept in mind that the Indian government is already going through a financial crisis due to the COVID epidemic and low tax collection, keeping in mind that it is expected that There will be no major relief on the tax front in Budget 2021. However, some relief in tax breaks on health insurance would be good news for salaried class.

Target of disinvestment may go ahead

Need to circumvent the concern of fiscal deficit

The government’s target of fiscal deficit has suffered a major setback due to the Corona epidemic. The tax collection has suffered a huge setback due to Corona. Although tax collections have increased due to the recent economic recovery, there is a possibility that this fiscal may see a deficit of more than 7 per cent as against the 3.5 per cent projected. We expect the government’s focus for FY 2022 to be on the financial policy of improving the economy and increasing spending.

From the perspective of the stock market, investors and businessmen are sitting on a lot of expectations from the budget, but any disappointment from the budget can inspire profit booking in the market.

We believe that the government’s focus in the budget will be on growth. The budget will focus on Make in India, infrastructure, pressure-hit sectors, digitization, job creation and the economy on the path of growth again.

Disclaimer – The advice given on Moneycontrol.com is the experts’ own personal opinion. It has no relation to the website or management. Moneycontrol is advised to the users to consult the certified expert before making any investment decision.

‘The vaccine will make crocodiles’… ‘Corona a minor flu’, the statement of the Brazilian President Bolsonaro, who heard people beheaded

Brazilian President Bolsonaro appeared without a mask on several occasions. AFP Corona has once again…

Ethiopia Tigray conflict: The Ethiopian government has announced a ceasefire in Tigray. In this way,…