Budget 2022: Will this time budget be able to reduce the current discontent of farmers 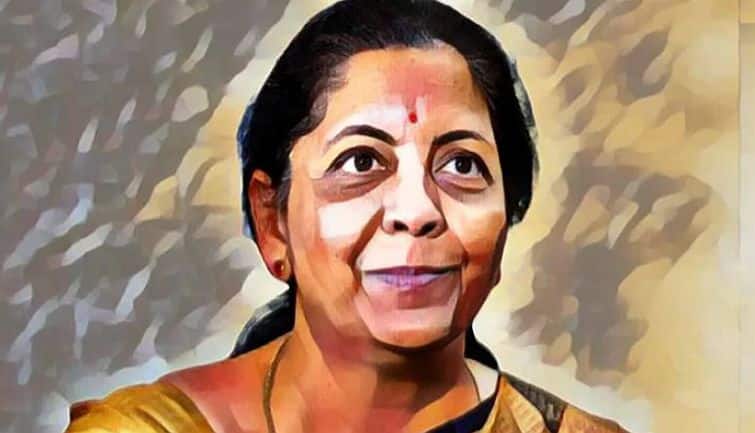 It is said that wherever the sun is, sunflower flowers are also on that side. On the same lines, it can be said that this time the budget has to be election-oriented. Meaning, there has to be a populist lot in the Union Budget that can be cashed in in the assembly elections to be held in five states before April this year.

If the Election Commission does not take any unexpected decision in view of the third wave of COVID, then it can be assumed that the assembly elections in five states of the country will be over by the beginning of April. In the five states (Goa, Manipur, Punjab, Uttar Pradesh, Uttarakhand) in which these elections are going to be held, except for one (Punjab), in all the rest of the ruling coalition at the center is the government of the BJP or its supporting party.

Then in these states that Uttar Pradesh is also included, where on the basis of the seats, the majority coin of BJP has been accumulated in the Parliament of the country. Although the date of elections has not been announced, yet it is certain that the budget has to be presented before the elections to be held in these five states (February 1). In such a situation, the government will definitely want that its image should be made such that in the assembly elections of five states, it can say – ‘We are doing development of all and that is why we want everyone’s support in the bag of our votes’.

Votes bag and farmers support: Via UP

‘We are doing development for all, wanting everyone in the bag of votes’ – it is not easy for the ruling party alliance leader (BJP) at the Center to say this and convince the people. One of the major reasons for this is the farmers’ movement which lasted for more than a year.

The three agricultural laws, which the central government wanted to hand over to the farmers, have now been repealed by the force of the law movement. The agitating farmers have again returned to their fields, but a major question of the movement that farmers should get a remunerative price for their produce- still remains in front of a practical solution. So, if we think in terms of influencing the results of the assembly elections going to be held in five states, then in this budget, the central government will have to do something with a view to increase the income of the farmers so that it can be beaten in the mainstream media. – The pleas can be given that ‘our government is a farmer-friendly’ government.

In the current situation, it is difficult for the central government to say so. What is there to say, it is being said in the election campaign in UP that after the coming of Yogi government, the difference in the condition of farmers is clearly visible, especially in the condition of sugarcane farmers. But, look in the mirror of the questions raised in the farmers’ movement and remembering that western Uttar Pradesh remained a stronghold of the farmers’ movement, in fact it took a lot of ‘double engine ki sarkar’ to convince the people associated with agriculture. The difficulty will come that the farmers of the state were very unhappy in the previous governments but have become very happy in the present government.

But in spite of such importance in terms of employment and food-store, the growth of agriculture in the state has been less than the national average. Between 2005-06 to 2018-19, the agricultural growth rate in the state was 3 per cent per annum as against the national average of 3.6 per cent. If the previous NSS report (2012-13) is taken as the basis, then the monthly average income of agricultural households in UP was less than five thousand rupees (Rs 4923) i.e. the lowest income in the UP list in terms of monthly income of agricultural households. The state ranked fifth from the bottom along with Bihar, Jharkhand, Uttarakhand and West Bengal.

If NABARD’s Financial Inclusion Survey published in 2018 is considered as the basis, then it will be seen that UP is one of the most backward states in terms of farmers’ income. According to this report of NABARD, the income of farmer-families at the national level in 2015-16 was Rs 8931, whereas the average monthly income of farmer families in UP was one-fourth less than that i.e. Rs 6668.

We can consider the condition of agriculture in UP as a representative example of the condition of the agricultural families of the country. Taking the recent Situation Assessment Survey Report (based on the 77th round of NSS calculations) as the basis, three things are clear: One is that the cost of farming has increased in the last decade (2012-13 to 2018-19). And farming has become more expensive than before. Secondly, the effect of the increased cost has been on the indebtedness on the farmers, the debt on the farmers has also increased as compared to earlier. And, thirdly, the government may have tried its best but it could not fulfill its promise – this year (2022) is the year of doubling the income of the farmers, but this promise could not be fulfilled.

An analysis of data from the latest report of the National Sample Survey (Situation Assessment Survey based on the 77th Round of Census) shows that the average monthly expenditure on crop production of each household engaged in agricultural production for six years (2012-13 and 2018- 19) has increased by about 35 percent. In contrast, the average monthly income of farmer-families engaged in crop production has increased by only 25.59 percent. At the national level, the difference between the cost of production of each farmer family engaged in crop production and the amount obtained from selling the produce, i.e. the net income of the family growing the crop between the crop years 2012-13 and 2018-19, is 3,350 4,001 from Rs.

Obviously, the main reason for this accounting of eighty-eight rupees of income, which is visible in the government report, is the increase in the cost of fertilizers, seeds, pesticides, agricultural equipment, irrigation, wages etc. and farmers say that this is the reason for agriculture. This has happened due to the reduction in government assistance given under the head.

If we look at the increased expenditure, the average debt on agricultural households in the country has increased by more than 50 percent (total 57.7 percent) in the last six years i.e. between 2013 and 2019. A six-year-old report based on the National Sample Survey’s 70th round of calculations had revealed that the country’s farmer households had an average debt of Rs 47,000 in 2013. The new report (based on the 77th round of NSS calculations) shows that this average loan amount has increased to Rs 74,121 in 2019.

Meaning, if the farmer-family wants to repay the loan amount on them with the help of the assistance amount received through the Pradhan Mantri Kisan-Samman Nidhi Yojana, then it will take about 12 years for them to repay the loan (of Rs.74,121). Under Kisan Samman Nidhi, farmer families are given Rs 6,000 annually.

So, in this budget, the big challenge in front of Finance Minister Nirmala Sitaram will be to improve the negative image of the current government among the farmers, in view of the elections to be held in other states including UP to occupy the central power, this challenge will become even more serious. She goes. So, this time the budget has to be tested from the fact that what measures have been taken in it to increase the income of the farmers.

(The author is a cultural social scholar)

This Bollywood Celebrity Will Take His Fee In Cryptocurrency, India’s First Artist To Do This