Budget 2022: Challenge of small and medium businessmen to get out of the financial crisis in front of the Finance Minister 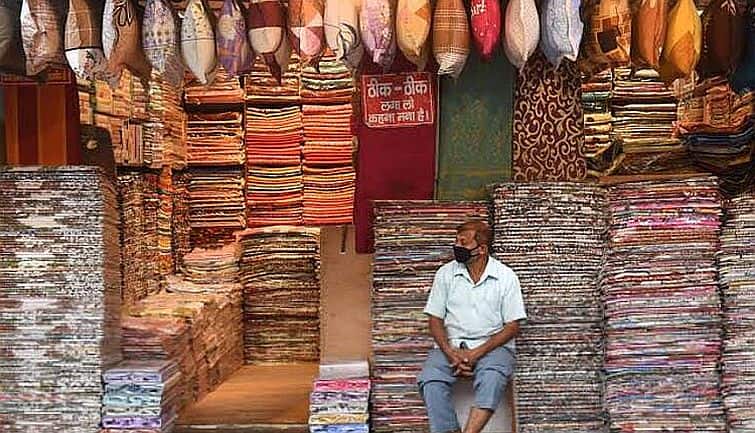 Just before the presentation of the budget, take a look at what big news is echoing in the field of electoral politics? In Uttar Pradesh, which opens the way to occupy the power of the Center, the leaders in the ruling BJP’s cabinet are resigning and, the resignation is being given by counting the shortcomings of typical economic-policy.

For example, remember the resignation of UP Labor and Employment Minister Swami Prasad Maurya. Minister Maurya wrote in a tweet that he is resigning from the Yogi government’s cabinet due to the ‘grossly neglectful attitude towards Dalits, backwards, farmers, unemployed and small-small and medium-class traders.

Since this time the budget has to be election-oriented, so the country’s Finance Minister Nirmala Sitharaman cannot ignore the reasons mentioned in the tweet. She knows that the reason behind the resignation of Minister Maurya may be the local reasons for the electoral equation of castes and communities or the personal ambitions of Netaji himself, but it is difficult to deny that this country’s very small, medium and medium The quality businessmen and their business are in deep trouble. The news throughout the past year has repeatedly confirmed this crisis.

As a testimony to the economic plight of rural India, till recently, it has been counted in the news that how many farmers committed suicide in which year. It was seen whether the number of farmer suicides was decreasing or not. But last year this whole scene changed. In November last year, quoting from the National Crime Records Bureau (NCRB), the news was published in the corner of the newspapers that in the year 2020 i.e. the first year of the coronabandi, the cases of suicide among the people of the business class compared to the year 2019. 50 percent increase in agriculture and in 2020, more number of people belonging to the business class committed suicide than farmers.

Budget 2022: Will this time budget be able to reduce the current discontent of farmers

According to the National Crime Records Bureau data, the number of farmers who committed suicide in the year 2020 stood at 10,677, while a total of 11,716 people of the merchant-community chose the heinous path arising out of extreme compulsion to end their life at their own hands. Of these people who committed suicide among the business community, 4356 have been categorized as tradesmen by NCRB while 4226 have been classified as vendors. The rest are placed in the ‘Other Merchant Class’.

If we take a closer look at this figure, it will be seen that in comparison to the year 2019, the number of suicides among the people who fall in the category of tradesmen has increased by 49.9 percent (from 2906 to 4356) and if all the business-world Considering the categories (vendors, tradesmen etc.), it will be seen that within a year, the number of people committing suicide among the business class has increased by 29 percent.

Maharashtra was at number two. Maharashtra, which is among the worst hit states of COVID, saw a 25 percent increase in the number of suicides among those in the category of vendors, tradesmen and small business owners. According to the NCRB report, a total of 1610 people included in such business class committed suicide in 2020.

Tamil Nadu ranked third in terms of the number of people who chose the path of suicide among the business class. A total of 1417 traders committed suicide in this state with an increase of 36 percent as compared to 2019.

Obviously, then most of the small and medium-sized businessmen have come under the grip of plight in these states during the years of Coronabandi.

Just as the increasing incidents of suicides are counted as an evidence of the economic plight of the farmers, we can assume that the small and medium scale traders are also among those who have suffered the deepest economic injury in the two years of the Coronabandi. The main reason for the increased suicide incidents among the sections is economic.

Just as a large part of the government’s thinking in the matter of removing the plight of the farmers has been focused on increasing the loans given to the farmers, a similar thinking is being followed in the case of small businessmen also. For small businessmen, there are often measures to provide loans at attractive rates.

This measure was not effective in the years of Coronabandi. In the event of lockdown, if people stop going to the market and shop and order online sitting at home, then what ray of hope is left for the small traders?

Small business runs with a small capital, if the goods are not spent in the market for a long time, then from where does the small businessman bring money for the purchase of raw materials and on what expectation should he keep the finished goods in his stock? If the outstanding amount of the goods consumed in the market is not recovered and there is no hope of consumption of new goods, then the businessman and his family, who have dreams of a better future relying on small capital, are only destined to be caught in financial crisis.

To understand the matter properly, take the example of UP here, where Labor and Employment Minister Maurya has resigned accusing the government of neglecting small and medium-sized traders. UP ranks third in the country in terms of number of very small, small and medium scale business units. There are 12 lakh 78 thousand registered units of MSME category here.

Since the emphasis of the Yogi government has been to develop the state as a Hindu culture, and for this, from lighting millions of lamps on the ghats of Ayodhya to performing special worship in the temple of Kashi and taking Kumbh-bath in Prayagraj. Big government efforts have been made – so it would be appropriate to talk about hospitality business as an example.

While developing the places in UP as the center symbol of Hindu-culture, it is repeatedly talked about promoting trade and tourism and increasing business opportunities in this sequence – the condition of hospitality enterprises and entrepreneurs there. What happened during the coronation? If tourists will not come, how will hotels run and handicrafts made in cottage industries will be sold? Among which customers, from Rudraksh garlands to Banaras saris and Kannauj perfumes will be displayed? Will GST still have to be paid, won’t the tourism and hospitality related units?

Small traders have seen their destiny in the era of corona-bandi that services and goods are not sold, debt is piling up, business remains a permanent expense for the days ahead and there is no way to prepare new goods. Coming because the market is either stalled (in coronabandi) or is slow (in a phased manner due to the relaxation of the lockdown) and the amount due in the market is not being recovered.

In front of Finance Minister Nirmala Sitharaman, there will be a challenge to rescue small and medium businessmen from this fate of economic crisis in this year, which started with the sound of the third wave of Corona.

(The author is a socio-cultural scholar)

Not Airtel and Jio, BSNL gets the most validity in this plan, know which is best for you