Budget 2021 Live Updates: India will not stop despite challenges – President 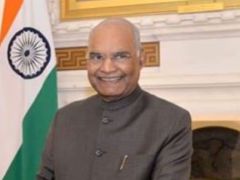 The budget session of Parliament starts today. President Ram Nath Kovind while addressing the Joint House said that India will not stop despite the challenges. Meanwhile, around 18 parties of the opposition have announced that she will boycott the President’s Joint House Address.

The Economic Survey 2020-21 (Economic Survey 2020-21) will present Finance Nirmala Sitharaman on Friday, 29 January 2021 in the Parliament. These economic surveys will be presented 2 days before the budget is presented. Generally, economic surveys are presented on the opening day of the budget session. This survey shows year-round economic development during the financial year. In this survey, things like money supply, infrastructure, agriculture and industrial production, employment, import, export are mentioned. Apart from this, the government keeps an eye on economy-related issues. This year, the focus is on the damage caused to the Indian economy due to Coronavirus.

President will address both houses

The budget session starts today. First President Ram Nath Kovind will address the joint sitting of the two houses. After this, the budget will be presented on 1 February.

The Economic Survey is one of the most important documents of the Finance Ministry. This survey is prepared under the guidelines of the Chief Economic Advisor -CEA of the Central Government. All aspects of the economy are mentioned in this survey. If you want to see the whole picture of the Indian economy, then you can find a lot in the economic survey.

Chief Economic Advisor will hold a press conference at 2:30 pm in New Delhi after presenting the Economic Survey after Finance Minister Nirmala Sitharaman.

Economic Survey 2020-21: Suggestion of change in weightage of food products to show correct picture of inflation

The winner of this tournament of Battlegrounds Mobile India will get a reward of Rs 1 crore, will have to register like this