Wonderful: When the landlord asked to vacate the house, since then the actor has lived in his car 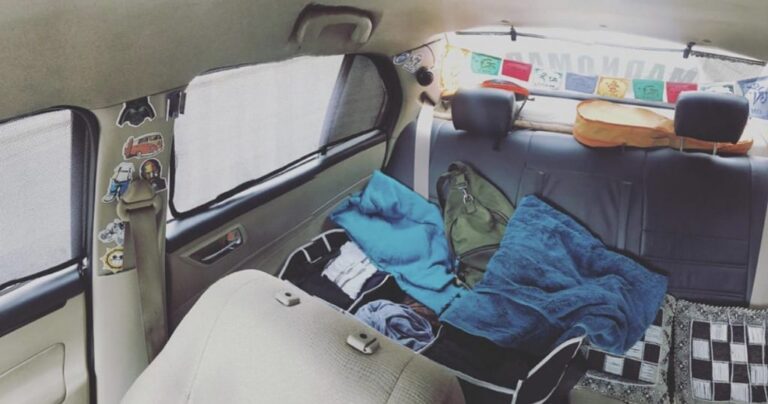 It is largely true that a regular lifestyle, in the long run, affects our creative outlook. Fueled by creative emotions, many people have started experimenting with unconventional ways of living. There is one such person Dishant Gulia, Who reaches Mumbai to make a mark in the entertainment industry, the only thing that sets him apart from the rest is his unusual way of living – Dishant has lived in a car for the last three years. Dishant has also modelled for some well-known brands such as Raymond, Manyavar, Fab India and Wills Lifestyle. He was last seen in the film ‘Gunjan Saxena’.

Dishant won the title of Mr. Delhi in 2012. After becoming a center of attraction among the people, he decided to go to the city of dreams, Mumbai, to try his luck in the film industry. His initial struggle was like that of all those who come here with cherished dreams.

However, he left for Mayanagari after a suggestion from some of his friends based in Mumbai. Challenges were already waiting for them. When he arrived at the airport, none of his friends came, and even his phone and message were not answered. Dishant spent about a day at the airport until someone arrived and arranged for them to rent accommodation.

Dishant lost time and started looking for work and soon found work. He also saved some money to buy a car in a few months. One day, when his landlord asked him to vacate the house, Dishant took it as an opportunity and started living in his car. Mumbai is one of the most expensive cities in terms of house rent. Dishant started spending the saved money on his lifestyle. Although the experiment was not easy, Dishant started to enjoy being inside the car.

Dishant recalls his early days in Mumbai, stating that “In 2016, when I first came to Mumbai with great passion to become a superstar, I faced countless challenges. Those who promised to help me disappeared as soon as they landed in Mumbai. No one was answering my calls or messages. Then I realized that the journey towards success is always alone. ”

Since then Dishant has been staying in his car. He has modified his Maruti Swift Dzire in such a way that the rear seat converts to a comfortable bed. There is also a separate compartment for shoes. He has also made a small cute wardrobe in his car. Like a washroom, he has subscribed to a club for personal hygiene and basic human needs.

“I thought this experience could be scary, but thankfully it is the exact opposite. It was one of the best experiences of my life. “

Dishant also travels to different cities of the country. He does not stay in one place for more than two days.

“The only thing that bothered me was that I always had to come back home to sleep. Now that I am living in a car, I have no fixed destination. I keep traveling wherever I want to be. ”

Dishant always likes to be with the locals. He is now planning to popularize this culture of living in a car by the name of MadNomad and at the same time he also modifies cars for enthusiasts. He is now converting his SUV for the purpose of building a huge house for himself.

“I like meeting different people, being with them, discussing their interests and sharing among themselves. All these things help me grow as an actor. “

The story of Dishanta is a living example that emphasizes the importance of exploring not only places, cultures, and information, but to make timely changes in the way we live to experience the best in our lifetime. Not everyone can live inside a car, but, of course, can try different ways of living, find out, learn, and live life with kindness.

Meet this 12-year-old girl, who has written a letter to PM Modi demanding immediate steps against air pollution

What is Nifty Microcap 250 Index? How useful is it for retail investor

Because of this, women’s world cup matches will be played with 9 players