HomeIndustriesGovernment gave big information in the house regarding Cryptocurrency, those investing in...
Industries

Government gave big information in the house regarding Cryptocurrency, those investing in private currency like Bitcoin, pay attention 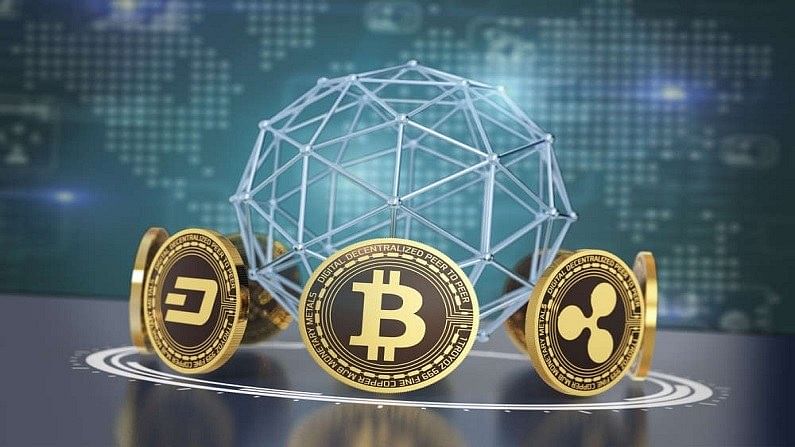 The Inter-Ministerial Panel on Cryptocurrencies has clearly said that private cryptocurrencies should be banned. It will be the only digital currency in the country which will be issued by the government.

The government is looking at the possibilities of blockchain technology for cryptocurrencies.

The Minister of State for Finance said that whatever the Inter-Ministerial Panel will suggest regarding cryptocurrencies, the government will take its decision accordingly. The government will move in this direction only after the panel’s suggestion. If any kind of legal proposal is needed for this, then the government will also introduce the law related to it in the House.

Working on RBI’s own digital currency

Recently, a report said that the Reserve Bank of India is working fast on bringing its own digital currency. Very soon its pilot testing is also going to start. Talking about the current status of digital currency in our country, RBI has not yet given legal recognition to private cryptocurrencies, but the Supreme Court has also removed the ban on its trading.

Central banks around the world are working

RBI Deputy Governor T Ravi Shankar said that we are moving in this direction in a phased manner. Very soon pilot testing will also be done for its use related information. He said that the Reserve Bank is looking at whether the digital currency will be used in retail or will be used in wholesale. Technology will be centralized or distributed. Will it be issued by RBI itself or will it be issued by different banks. Necessary changes will also have to be made in FEMA, IT Act, Coinage Act, RBI Act to prevent any wrong thing including money laundering. He said that with the introduction of digital currency, the dependence on cash will reduce and the expenditure on printing currency will be curbed.

How will RBI’s digital currency be?

Regarding how the CBDC of the Reserve Bank will be, Deputy Governor Shankar said that it will continue to get legal recognition from RBI. The form of this currency will be digital. Apart from this, there will be no change regarding its value. For example, a 10 rupee note and a 10 rupee digital currency, both will have equal value and can also be exchanged without any interruption. At present, apart from RBI, the central banks of countries like China, England and Russia are also considering bringing such digital currency.

Also read, Big news: There will be no merger of public sector banks anymore, the government gave information in Parliament

Also read, Now Gautam Adani will give direct competition to Mukesh Ambani, there will be a thorn in the petrochemical business, know what is the mega plan

Share
Facebook
Twitter
Pinterest
WhatsApp
Previous articleCovid-19 Origin: Corona leaked from China’s Wuhan lab itself! The claim made in the report of the US Republican
Next articlePolicy Bazar IPO: Online aggregator is going to bring 6 thousand crores IPO, application submitted to SEBI