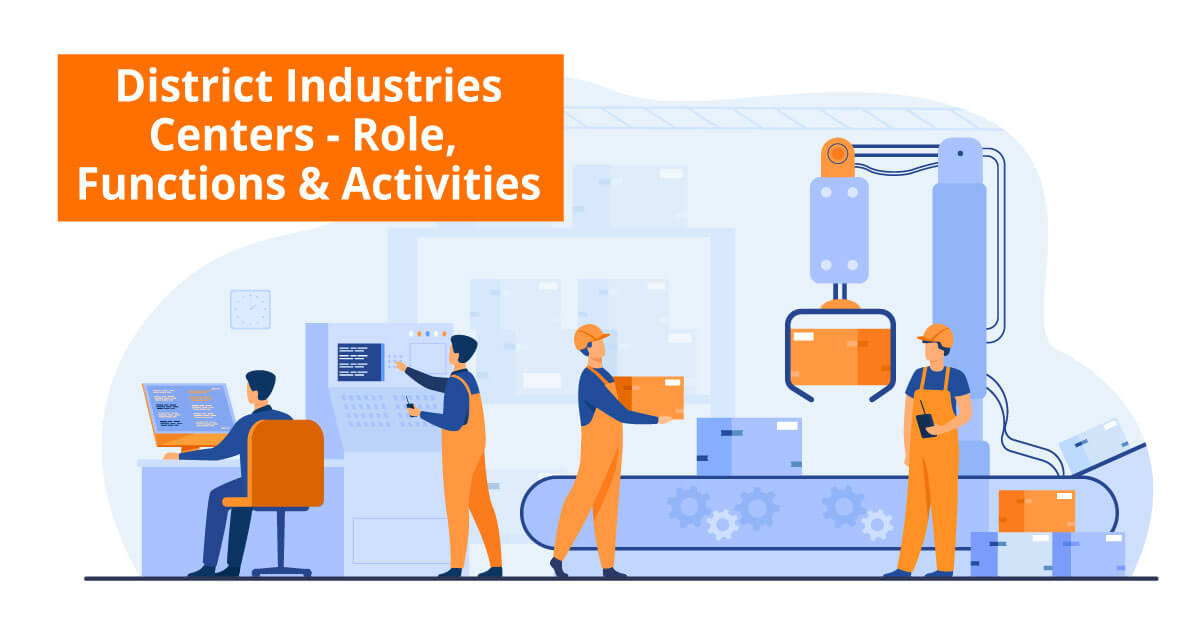 This program named District Industries Center i.e. District Industries Center (DIC) was started in the country in 1978 by the Central Government. The objective of this program was to provide all kinds of facilities and services at one place for the development of large scale small scale industries in rural areas. So that the entrepreneurs engaged in small enterprises in rural areas do not have to face problems.

Apart from this, the main objective of the District Industries Center program was to promote employment by setting up small scale industries in rural areas and small towns. That is to say that the main function of the District Industries Center is to develop such industrial units, which can be capable of generating huge employment opportunities in rural and small towns.

What is District Industries Center?

District Industries Center is an organization established at the district level, which works towards the development and establishment of industries and village industries applicable in that district. When District Industries Center programs were not there, a potential entrepreneur had to make visits to several government agencies to start his own venture or to gather information about it. Due to which there was a waste of his money, time as well as there was a lot of delay in starting the business.

Now many such powers and responsibilities have been given to the District Industries Center by the State Governments in many states. Due to which a potential or existing entrepreneur has started getting all the help he needs in a single agency (DIC).

As we have mentioned earlier that District Industries Centers play a leading role in developing and promoting industries in the states and districts. Although this program was started by the Central Government in 1978, but now the State Governments have also given them many responsibilities and powers. So that they can discharge their role well.

It is very important to make it clear here that the loan scheme of District Industries Center may be different in every state. It is meant to say that many states run many subsidy schemes to encourage employment in their state. Those whom they give the responsibility of implementation to the District Industries Center, Mukhyamantri Swarojgar Yojana started in different states is a unique example of this.

Apart from this, there are also some such schemes which are run by the Government of India i.e. the Central Government, which are applicable in all the states. Presently a similar scheme has been launched by the Ministry of Social Justice and Empowerment, Government of India with the objective of providing subsidized loans to young professionals.

Who can take loan under the scheme

But the point to be noted here is that there are different finance and development corporations for young professionals belonging to different categories. Therefore, it may be that in order to get a loan under this loan scheme of District Industries Center, the concerned eligible youth will have to apply by visiting the website of the concerned Finance Development Corporation.

2. How to get National Safai Karamchari loan

Professionals residing in rural areas with more than 40% disability and their annual income does not exceed Rs.3 lakh. Young professionals residing in cities with more than 40% disability and annual income not exceeding Rs.5 lakh. They are considered eligible to take loan for setting up enterprises under this scheme of District Industries Center. www.nhfdc.nic.in

The loan scheme of District Industries Center, which we have mentioned here, is run by the Ministry of Social Justice and Empowerment, Government of India. Therefore, it is applicable all over India, although depending on the state, different schemes may be applicable in the states. Therefore, which scheme is applicable in your district or state, you will get information about it from your nearest District Industries Center only.

These 5 big benefits are available on PF account, know the important rules related to EPFO