Rs 85 crore film made on the 4000 crore scam, millions of money were immersed in the stock market; What is the matter 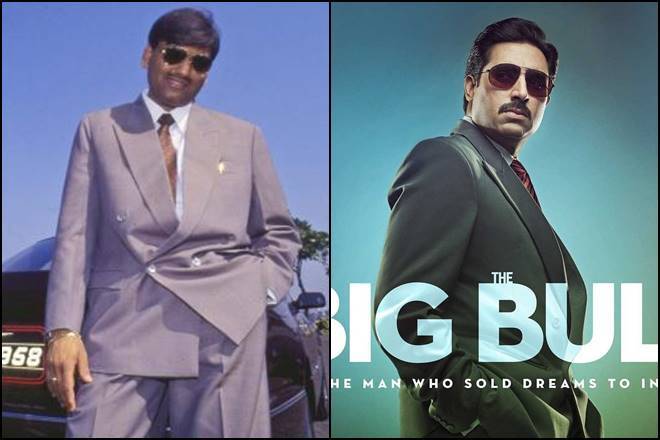 Harshad Mehta was called ‘Big Bull’ because he started the bull run in the stock market. Harshad Mehta changed the direction of the stock market in the 1980s-90s. But later Harshad Mehta did a scam of about 4000 crores and due to this, the dreams of all the shareholders were shattered. He was later arrested for this scam. The Supreme Court found him guilty and sentenced him to 5 years and a fine of Rs 25,000. Mehta was lodged in Thane jail. At the same time, on 31 December 2001, he died at the age of 47.

The film is made in 85 crores

On this story, a film called The Big Bull is ready. Abhishek Bachchan and Ileana D’Cruz play the lead role in this. Apart from this, Ram Kapoor, Nikita Dutta and Lekha Prajapati are also in the film. This film is made under the banner of Ajay Devgan Films. Ajay Devgan is also the main producer in the film. A total cost of Rs 85 crore has been estimated in the making and promotion of this film. It will be shown on Amazon Prime Video.

Who is Harshad Mehta?

Harshad Mehta was born in a small businessman family in Rajkot, Gujarat. Harshad Mehta studied at Holy Cross Beron Bazar Secondary School, Mumbai. He studied B.Com from Lajpat Rai College. Harshad’s first job was as a salesperson at New India Assurance Company Limited and it was there when he got interested in the stock market. Harshad Mehta learned all the tricks of the stock market and started his own company named Grow More Risers and Asset Management in 1984. He took membership as a broker on the Bombay Stock Exchange.

Know what was that scam

ACC’s fortunes changed after Harshad Mehta invested money in ACC, an associated cement company. The stock of ACC, which was worth Rs. 200, soon became Rs. 9000. By 1990, Harshad Mehta’s name came on the tongue of every investor. Harshad Mehta’s expensive home and hobby of expensive vehicles brought him into the limelight. But the question arose that where is Harshad Mehta getting so much money from?

In 1992, the scandal of Harshad Mehta was exposed. It was learned that Harshad Mehta used to take a 15-day loan from the bank and put it in the stock market. Also, within 15 days he used to return the money with profit to the bank. Harshad Mehta would make a fake BR from one bank, after which he used to get money from other banks too. However, after its disclosure, all the banks started asking for their money back from it. 72 charges were levied on Mehta and almost civil cases were filed.

Indian Railways: Now the train will run on this oil, not diesel, there will be a saving of Rs 2.3 crore annually

Redmi Note 10 for 13 thousand rupees received in lieu of Rs 396 mouthwash, it is not possible to return due to an Amazon...

This tremendous car is being available at a discount of 8 lakh rupees, it will not get a better opportunity to buy the car...