How to start Mushroom Farming Business 2021? 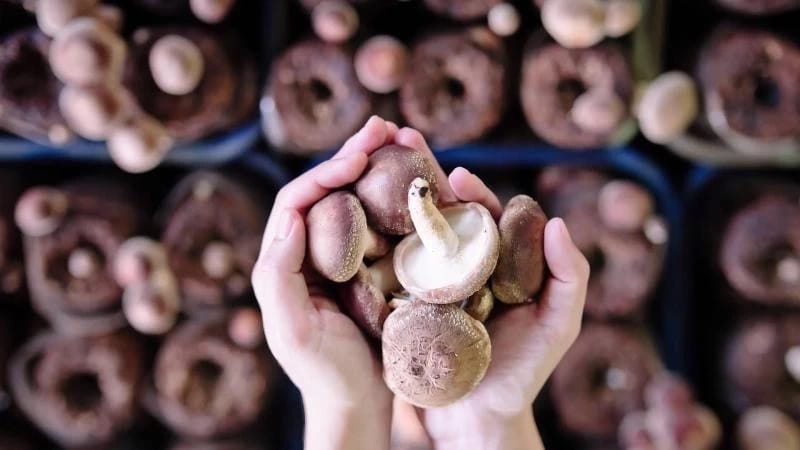 If you are a farmer and want to open a new business by earning extra money, then cultivating mushroom can be very beneficial for you. Although you have to take a lot of care to get good yield in it, if you work hard in it, then the profit is also very high. More recently, its cultivation has started in states like Uttar Pradesh, Haryana and Rajasthan. Not only this, mushroom cultivation has also started in cold states like Himachal Pradesh, Jammu and Kashmir. Its demand is very high in the regions of Asia and Africa all over the world.

Mushroom is a kind of plant but still it is seen like meat. Meaning you cannot call it a herbaceous plant. It contains a high amount of protein and nutrients such as vitamin D. It is made from fungus and if we talk about its shape, it is almost in the shape of a honeycomb.

Types of mushroom in India

According to international scientists, about 10000 varieties of it are present on our earth. But if we look from the point of view of business, then only about 5 varieties of mushroom exist, out of which only 5 varieties are considered good. Whose names are Button Mushroom, Paddy Straw, Specialty Mushroom, Medicine Mushroom, Dhingri or Oyster Mushroom respectively. Among them, button mushroom is the most liked variety. Sometimes it is also called milky mushroom.

Place to buy Mushroom seeds online and offline in India

You can order directly by visiting https://www.indiamart.com/proddetail/button-mushroom-spawn-7623619012.html, Or you can also get it directly with the help of government agriculture centers.. For example, if you are from Haryana, then you can get mushroom seeds directly by visiting this address Village Talheri, Pehowa Karukshetra – 136128 Haryana India.

The cost of its seeds is around Rs 75 per kg, which varies according to the brand and variety. That’s why you have to decide first, what kind of mushroom you want to grow.

How to sell Mushrooms in India?

There is a demand for mushrooms in many places, hotels, pharmaceutical companies etc. come in suitable places to sell it. Apart from this, mushrooms are mostly used in Chinese food. Due to its other beneficial properties, it is also being used in the medical field. Not only this, its export and import is also done in many countries, that is, there are many areas to sell it.

You can grow mushrooms only by artificial (chemical process). For this you should have a place on which you can grow mushrooms easily. Mushroom trade has started happening in two ways in our country. If you want, you can start a business by forming a company. Second way- If you have a farm, meaning you are a farmer, then you can do it easily, just cover that land like a closed room with the help of wood. Then this business can prove to be a new boon for you.

If you want to keep it limited to making it a source of additional income, then start it on a small scale. Due to which there will be no effect on the work of your main business. As mushroom is grown, it is clear that the scale of your business directly depends on the land. The process of growing other mushrooms is the same, whether done on a small scale or on a large scale. just like you Aloe Vera Cultivation can do.

The amount to be invested on this varies according to your capability and level of business. In this business, you will have to invest money only in making its care and growing place. Apart from this, there will also be an expense for using insecticides. If you start a small business, then you can invest Rs 10000 to Rs 50000. On the other hand, it would be appropriate to invest Rs 1 lakh to Rs 10 lakh for big business.

Talking about profit in business, there is an increase of 12.9 percent every year in this business all over the world. This means, that you can achieve a good position in this business in a short time. If you start business in 100 sqm, then you can get profit of around Rs 1 lakh to 5 lakh, that too every year. However, it will depend on the technology increasing your production capacity.

Talking about India, it is grown in winter time. Because the temperature should be low during its cultivation, along with it, to grow mushrooms, you need wheat and paddy straw. For its protection, you have to buy insecticides and its seeds as well. Mushroom cultivation can also be done in the room. Just you have to keep in mind that it is grown only in moisture. Apart from this, you can also buy many organic inorganic compounds, nitrogen nutrients, by using this, you get a significant increase in production efficiency.

For mushroom cultivation on a large scale, you have to increase the amount of seeds along with the large space. Meaning the difference is only in the location, cost and purchase of raw materials. The process of growing mushrooms is the same for everyone.

You need a room to cultivate it, but if you want, you can also start growing mushrooms under it by making a net of wood. All the rest of the steps are the same for all levels of business, which are being explained well below.

Manure is required for mushroom cultivation, for which you can use wheat or paddy straw. For this you have to make the straw germ-free. So that the germs and impurities present in it are removed. This is done so that there is no hindrance in the growth of the mushroom crop and the growth of its plant and its properties are not hindered. You have to mix 1.5 kg formalin and 150 grams babysteine ​​in about 1500 liters of water. In this, both chemicals or pesticides have to be mixed together. After this, 1 quintal, 50 kg of wheat straw has to be mixed in this water and mixed well. After that it has to be kept covered for some time. Due to which this manure or straw will become ready for you to grow mushrooms.

After the first step, spread this straw well outside in the air, this is done so that its moisture can be worked up to 50 percent by bringing it in contact with the air. After this you have to turn the straw again and again. After which it becomes ready for sowing. Taking a polythene bag of 16 by 18, sow it according to the layers, like first straw make seeds on it and make 3-4 layers in the same way. Keep in mind that at the bottom of this bag, make a hole at both the corners, so that the remaining water can drain out, not only this, tie this foil bag tightly. So that there is no room for air anywhere in it. The proportion of its seed or straw must be equal in each layer. Although it is done in Milky Mushroom only. Whereas the technology of mixing is used in oyster mushroom. Meaning, without layers, the seeds and straw of the mushroom are mixed. After the sowing process is over, some small holes are made in this packet. So that the mushroom plants can come out.

For about 15 days, this crop has to be protected from wind, for which you should completely close the room. Then after 15 days leave this room open or even arrange for a fan. Even you can see the mushroom crop in white color.

How to maintain humidity in mushroom cultivation

To control the humidity, you have to sprinkle water on the walls sometimes, keep in mind that the humidity should be around 70 degrees, after that it is very important for you to pay attention to the room temperature as well. The temperature of about 20 to 30 degrees is suitable for the mushroom crop to grow well.

Mushrooms Of bags keep Of ways

To cultivate mushrooms in your room, you have to keep the bag containing the mushrooms in a different way. Either you hang it by tying it with the help of some wood and rope or in a way, prepare a bed-like network from wood or any metal on which packets of mushrooms can be easily placed.

When And How do harvesting?

According to experts, its crop is ready for harvesting within a maximum of 30 to 40 days. After that you start seeing its fruit, which you can easily break by hand.

At present, training is being given to grow mushrooms in Haryana. Not only this, schemes for giving loans have also been made by the government for mushroom cultivation. You can get more information about this scheme through https://www.nabard.org website. You have to make a business proposal and go to the government office. You will have to provide PAN card, Aadhar card, domicile certificate and bank account information there. by doing this you subsidy by the government will be given. If you are a small farmer, then up to 40 percent subsidy will be given on each mushroom fruit bag and up to 20 percent for the common person. If you do not want subsidy in this business, then you do not need to register or register for it.

Small farmers are being helped by giving them subsidies in this business. Apart from the subsidy, the facility of free training is also being provided by the government. For which the government has opened many training centers. Where you will be taught about all the techniques of growing mushrooms.