Potato Rs 45 and onion up to Rs 100 per kg, spoiled kitchen budget; No relief before diwali 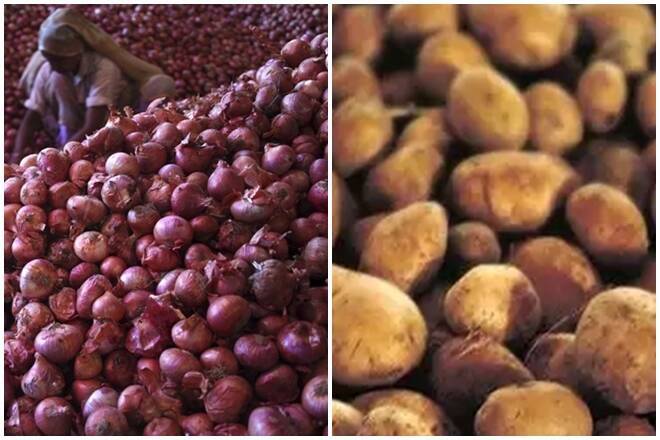 Prices of potato and onion, which are considered in the list of most important items for the kitchen, have reached the sky. The prices of pulses and edible oil have already increased, now the way the prices of these two vegetables are increasing, the budget of the common man’s kitchen has been spoiled. Talking about the capital Delhi, the price of potato has increased by 8 rupees in the last one week. Onion prices have also increased by Rs 8 per kg in the last week. On Thursday, onions sold in Delhi at Rs 55 to Rs 60 per kg and potatoes at Rs 45 per kg. On the other hand, in Kerala, onion retail price reached near 100 rupees. Potato onion is being sold from 40 rupees to 80 rupees per kg in other cities of the country.

What do customers say

Everyone is troubled by the increasing budget of the kitchen. According to a woman who came to buy vegetables in the market, due to inflation of potato and onion, now its consumption has been reduced so that the budget remains controlled. As an alternative to this, they are also turning to other vegetables. A person who is away from home preparing for competitive examinations said that limited expenditure is available from home, due to which consumption of potato and onion has to be reduced. Potato-onion dishes have reduced as soon as the cold comes.

Read: Bumper crop of potato in Himachal, price is higher than last year

Kerala: Onion prices rise to around Rs 100 a kilogram. Visuals from the Connemara market place, Thiruvananthapuram

“It will become very difficult for housewives. Even the restaurant owners are not happy with such high prices,” says a customer pic.twitter.com/jT9xh2UMeP

There is a visible difference in easing of onion imports

In view of the rising prices of onions, the central government has relaxed the import rules of onion till December 15. Its difference is now visible. According to Dutchke, who auctioned at Asia’s largest onion mandi market in Lasalgaon, Nashik, its prices will now fall as onions have started coming from abroad. He informed that onion came from Turkey. Onion was released at the rate of 7812 per quintal two days before the market, Rs 7100 a day before and Rs 7050 per quintal yesterday. In this way, the sentiment is slowly coming down.

Onion boom due to festive season

The central government had also decided to supply the buffer stock to the market to control the rising prices of onions. Ajay Kedia, director of Kedia Commodity, believes that time has become active to curb the rising prices of onions, so its prices will not be high and will be controlled soon. They believe that onion is on the rise due to festive season. Apart from this, he said that onion has a track record of being expensive at the time of a virus attack, such as in the time of swine flu or sores. Kedia has expressed hope that onion prices will not be able to increase any more.

Investing in global stocks can make big money, but first know its advantages and disadvantages

According to the website of the Department of Agriculture, Cooperation and Farmers Welfare, onion production was 2.28 million tonnes in 2018-19, which is 2.67 crore tonnes in the second advance assessment of the Ministry of 2019-20 this year. Although the supply of onion has been disrupted this time due to rain, Ajay Kedia of Kedia Commodity believes that due to rain, onion will not be affected for long. Onion supply has started slowly and onions are also coming from abroad.

Potato arrival low in the market

Talking of potato after onion, the retail shopkeepers say that the arrival of potato is decreasing in the market itself, due to which its price is showing a boom. Apart from this, the festive season is going on and before this there was also adhimaas, due to which the consumption of potato has increased. The expectation of softening of potato prices is possible only after Diwali, when its new crop will arrive.

Rajendra Sharma, General Secretary of Azadpur Mandi Potato Onion Merchant Association (POMA) estimates that this time around 25-30 per cent potato is coming down. At present, most of the potatoes in the market are coming from stores in South India and Western North India. Potato is coming very little from Punjab. Due to this, potato shortage is happening. Apart from this, restaurants and dhabas have opened in the process of unlocking, which has increased consumption.

Covid-19 Vaccine: India has placed a fund of 500 billion rupees, the amount will be spent on the vaccination of the entire population

Sharma says that the softening of potato prices will come after the arrival of kharif potato in the market. Potato crop comes twice a year. Sowing of kharif potato takes place between May to July and its harvest comes from September to November. Apart from this, the sowing of Rabi potato is from the end of September to November and its crop comes between March to December.

According to the website of the Department of Agriculture, Cooperation and Farmers Welfare, 491.74 lakh tonnes of rabi potato was produced in the 2018-19 season, whereas this time the estimated 2019-20 is 501.96 lakh tonnes. According to consumption, the increase in potato production is very less. Apart from this, the special thing is that in 2018-19, 10.16 lakh tonnes of kharif potato was produced, whereas this time estimate is only 8.45 lakh tonnes. Therefore, according to the data, even after the arrival of Kharif potatoes, more relief should not be expected.

WhatsApp linked device feature will not be able to delete chat across devices simultaneously, know what is the reason

When the user deletes the chat from a linked device, WhatsApp will show them a…