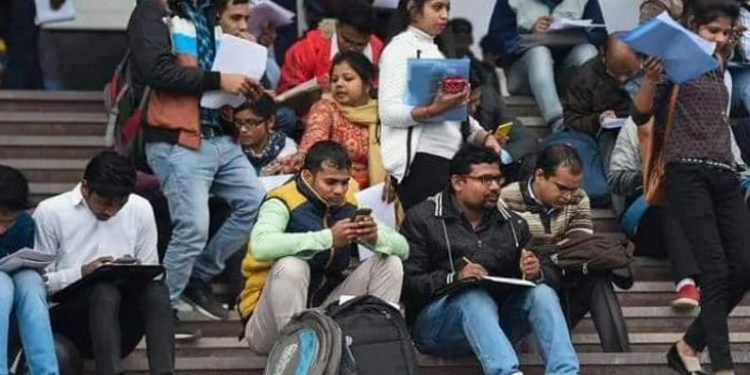 In the month of July, about 32 lakh salaried people lost their jobs. The number of salaried individuals as on July 31 was 76.49 million, while on June 30, the number was 79.70 million.

A total of 3.21 million people lost their jobs in July.

Corona impact on jobs: The effect of the second wave of Corona had reduced significantly in the month of July. In this month, the economic recovery also accelerated, but once again bad news came in the matter of unemployment. In the month of July, about 32 lakh salaried people lost their jobs. The number of salaried individuals as on July 31 was 76.49 million, while on June 30, the number was 79.70 million. In this way, a total of 3.21 million people lost their jobs in July.

Talking about the pre-Corona era, in July 2019, the number of salaried individuals was 86 million. In the month of July, the labor participation rate was 2.7 percent lower than pre-Covid. The employment rate was lower by 3.3 percent. Regarding this situation, economic experts say that the recovery in the employment market of the formal sector is still weak. People who are losing their jobs are moving towards self-employment. In July, there was an increase of 2.4 million in gig worker employment and this figure stood at 30.42 million.

The labor force participation rate for all ages stood at 37 per cent in the July-September quarter last year, according to the survey. It was 36.8 per cent in the same period a year before that. Whereas in April-June 2020 it was 35.9 percent. The National Statistical Office (NSO) had launched the Fixed Term Labor Force Survey (PLFS) in April 2017. Based on the PLFS, a quarterly bulletin is issued giving an estimate of the labor force. In this, information about the labor population ratio (WPR), labor force participation rate (LFPR), unemployment rate, employment under the current weekly status (CWS) and work-industry distribution based on the broad situation is given.

Also read, The stock market has set a new record, Nifty crosses the historical level of 16000, know the main reasons for this boom