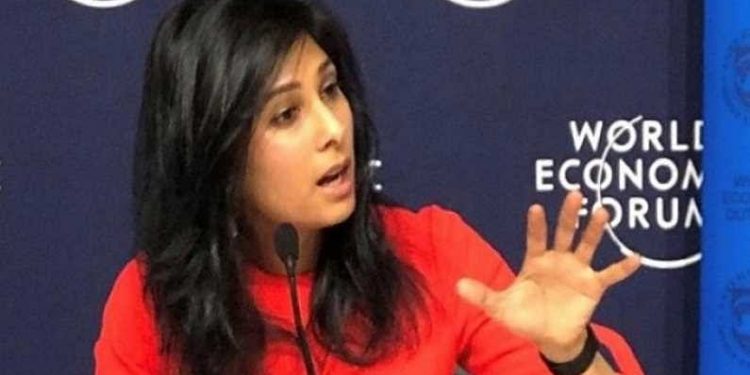 International Monetary Fund’s Chief Economist Gita Gopinath appreciated the steps taken by the Government of India, from free food for the poor to health care spending and the RBI’s stand.

The Chief Economist of the IMF said, given the ongoing health crisis, fiscal policy should provide agile and flexible policy support to support COVID-19 related developments. According to TOI, the government’s announcement to provide additional support to reduce the social cost of the pandemic is a good one. Explain that the government has made provision for free ration to the poor, additional expenditure on health infrastructure and free vaccines to the states.

Gopinath said, going forward, the government should provide additional financial incentives to support vulnerable households and small and medium-sized firms, and to support states for other priority spending such as education and capital expenditure.

He said, there has been a huge negative impact of the pandemic on development in India. Amid unprecedented uncertainties as a result of the second wave, the Reserve Bank of India’s (RBI) accommodative monetary stance has resulted in substantial systematic liquidity through various instruments.

The World Economic Outlook said that between March-May, due to the second wave of corona, the growth has been hit hard. The sentiment has been badly hit due to the second wave and it will take time to get back on track. The Indian economy had registered a decline of 7.3 percent in the financial year 2020-21. Since then the economy is slowly improving.

PNB alerts customers! Beware of fake profiles on social media, otherwise there may be a big loss