Firecrackers Sale 2020: Pollution and corona give big blow to firecracker industry; Estimated loss of about 500 crores in Delhi-NCR 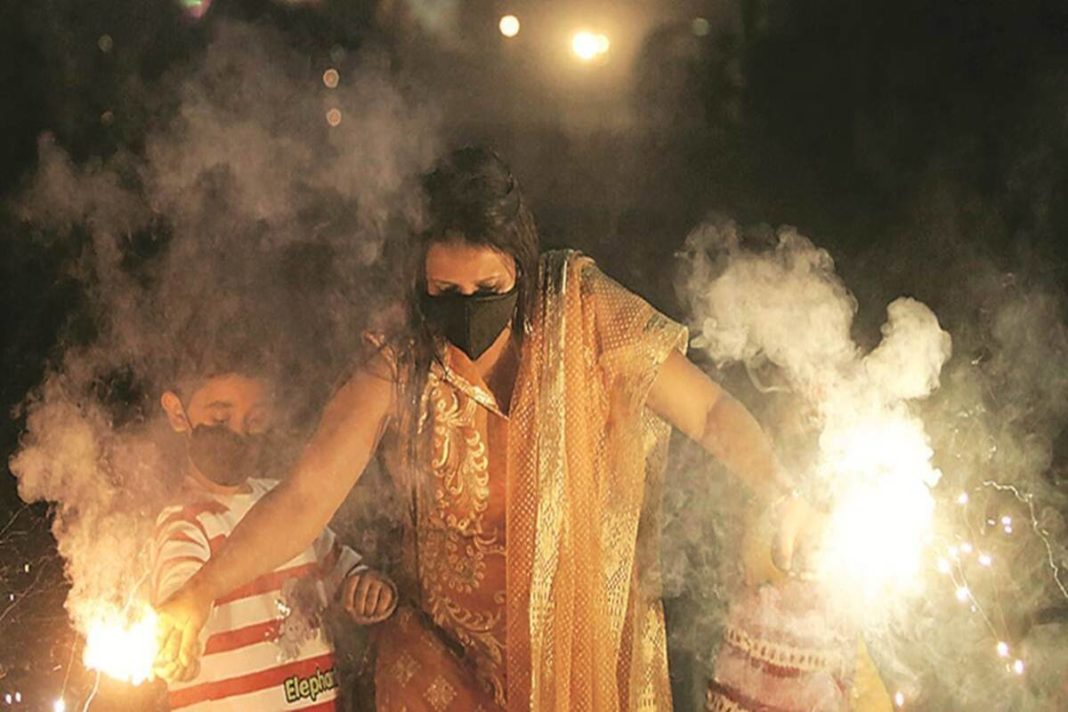 Diwali Firecrackers Sale 2020: The festival of Diwali is being celebrated with pomp across the country. On this day people give gifts to each other, feed them, sweets. People decorate the house and light a lamp, candle to light it. With this, people especially children firecrackers on Diwali. But this year the situation is different. Due to the Corona epidemic and now pollution, there have been some changes in the ways of celebrating Diwali. In Delhi, NCR, Rajasthan, West Bengal, in many parts of the country, due to Corona and increasing pollution, firecrackers have been banned. This has dealt a big blow to the firecracker industry and the people working in it. The sale of firecrackers is absolutely zero and has resulted in the loss of crores. In Delhi-NCR alone, a loss of about 500 crores is estimated.

Devraj Baweja, president of the Delhi Business Federation, told Financial Express Online Hindi that this time the condition of firecrackers in Delhi is very bad. Sales of firecrackers are zero in Delhi-NCR. He told that earlier the Supreme Court had allowed the sale of green firecrackers in Delhi-NCR. For this, licenses were issued in October. Traders bought their goods, paid GST. The sale was expected to be better after Dussehra. But then all licenses were canceled. A week before Diwali is the biggest season for selling firecrackers. But before Diwali, the goods worth crores have been ruined due to ban on firecrackers.

Baweja told that this stuff cannot be kept in normal shops. There are specially built godowns for this, which are according to the rules for storing firecrackers. According to Baweja, due to this, the goods lying in warehouses will be completely ruined. Also, most shopkeepers get a temporary license which is made available for sale before Diwali, which has now been canceled and no sale has taken place.

Maheshwar, a Jama Masjid firecracker merchant and owner of Maheshwari firecrackers, said that there is a possibility of loss of about 500 crores in Delhi-NCR alone. According to him, the worst of the cracker industry is since demonetisation in 2016. He told that when only green firecrackers were allowed, since then only Diwali and Pomegranate were available in Diwali 2019.

According to him, it is not used in marriage. Their Diwali time is only for their sale. Demand was expected to increase after Dussehra. But the situation has become very bad with the ban. Also, because the ban on firecrackers in Delhi-NCR is till 30 November, then the wedding season will also pass in it. Also, rent has to be paid to keep firecrackers in special warehouses. Crackers have gone into debt with all this. Most of the traders are temporary licenses, which will suffer a lot as only Diwali is their selling season.

After all, what is so special about this electric cycle, people of small towns are very fond of it

…so has the pollution not increased because of Diwali? At least that’s what the figures say