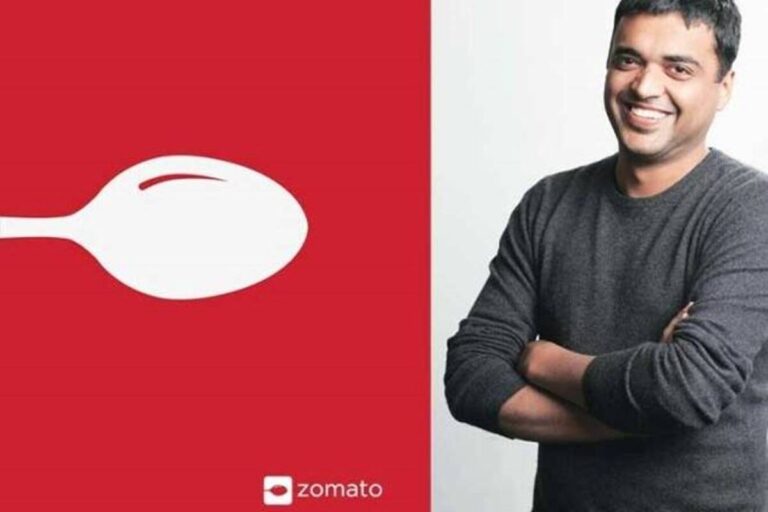 If any startup stands on one unique idea, then its chances of being successful are very high. One such idea came to the mind of Deepinder Goyal and Pankaj Chaddha and he set up a company today whose operating income is around Rs 2200 crore annually. Both of them understood the problems of the people and developed them into a business. This idea was very common but the way of thinking was amazing. When both of them saw people worried about food menu and wasting more time, then they started providing menus online. This increased the convenience of the people and later Goyal and Chadha started Zoamto and made it reach the highs.

Zomato is a food aggregator website-app that has menu cards of many hotels or Dhabas near you. With these menu cards, you can order them and get it directly to your address. This will save you a lot of time because in the event of this not happening, you have to get out yourself. Today there are crores of active users of this app.

Deepinder Goyal, the founder of Zomato, was not good in his early days and he had failed twice, in class VI and XI. However, after this, he studied seriously and he cracked the IIT exam for the first time and completed his engineering from IIT Delhi. After completing engineering from IIT Delhi, Deepinder started a job at management consulting company Ben & Co in 2006. During the job, he saw his colleagues in long lines for menu cards of the cafeteria during lunch. This brought an idea to his mind and he scanned the menu card and put it on the site which became very popular.

Goyal made a fresh start with his friend IIT Pankaj Chadha. In this, he scanned the menu of restaurants and started uploading the site with the number. This startup Foodiebay became very popular among his colleagues. After this, they started it for everyone and first started offering their services to the people of Delhi. For this, they went to the city’s restaurants and uploaded their menu card on their site and their website became famous in Delhi. After Delhi, Foodbay was launched in cities like Mumbai and Kolkata. Its popularity among customers increased.

The app increased the popularity of Jomato

In order to remove the confusion from the eBay website, Goyal and Chadha thought of changing the name of their company and thus Zomato’s name came up in 2010. Previously it was a website which increased its popularity by bringing it as a mobile app and now it became easier to order food items online.

According to the information which Zomato has on his website, he is offering his services in 24 countries of the world. Out of this, he is the market leader in restaurant search in 19 countries. With Zomato, about 1.4 million restaurants in 10 thousand cities around the world are actively serving.

Washington: India’s Ambassador to the US Taranjit Singh Sandhu has increased interaction with local mayors…

According to the Red Herring Prospectus (DRHP), 50.74 lakh equity shares of the company will…