Decision on Amazon’s petition against Future Group may come in a few days, hearing completed on October 16 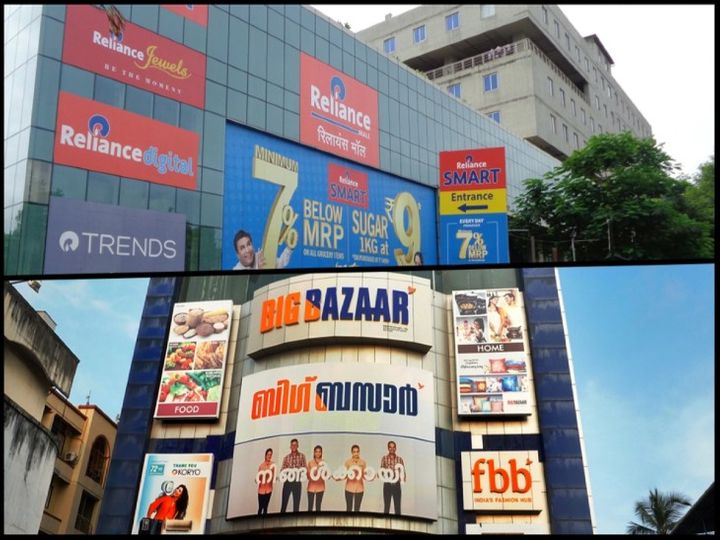 Last year, Amazon took a 49% stake in Future Group, a non-listed company of Future Group. Future Coupons holds a 7.3% stake in Future Retail. This confrontation between Amazon and Future has come when Reliance Retail is hoping to unilaterally rule the country’s retail sector.

Amazon alleges that the deal between Reliance and Future Group violated agreement rules. Amazon sent a legal notice to Future Group. It has been heard at the Singapore International Arbitration Center

A decision on Amazon’s petition filed between Future Group and Reliance Industries regarding the deal can be decided in a few days. The arbitration panel has completed the hearing in this case. This decision will affect the deal. Amazon declined to comment on the issue. Also, Future and Reliance have not responded.

Please tell that Kishore Biyani has sold some part of Future Group to Reliance Industries retail company for 24 thousand 713 crore rupees. That’s why Amazon has filed a petition against Future Group. Amazon has alleged that the deal violates the terms of the agreement. It has also sent legal notices to Future Group. The Singapore International Arbitration Center heard the petition of Amazon on 16 October.

Online Business: Bring your business on the online platform by connecting with Snapdeal, and earn a lot of money

Former Attorney General of Singapore is an arbitrator

According to sources, during the hearing, Amazon, Future Group and Reliance in this case V.K. King Sol was as arbitrator. Vk Raja is a former Attorney General of Singapore. It is believed that they can give a decision in the next few days. Whatever decision will come in this case will determine the future-reliance deal. The deal was signed on 22 August 2020. In this, Future Group sold wholesale, retail and logistics etc. to Reliance Retail Ventures. Future hired veteran lawyer Harish Salve.

Amazon has bought a stake in Future Coupons

Last year, Amazon took a 49% stake in Future Group, a non-listed company of Future Group. Future Coupons holds a 7.3% stake in Future Retail. The confrontation between Amazon and Future comes as Reliance Retail is hoping to unilaterally rule the country’s retail sector. Reliance Retail is currently being strengthened by veteran industrialist Mukesh Ambani. Continually selling a stake in it.

Ambani raised 37,710 crores by selling a stake in the retail

An amount of Rs 37 thousand 710 crores has been raised since September. Reliance Retail is the most profitable retail company in the country. It has products such as supermarkets, consumer electronics chain stores, cash and carry wholesale business, fast fashion outlets and on-line grocery geo mart. Reliance Retail has 12 thousand stores in 7 thousand areas. It has 64 crore footfalls in all segments.

Its revenue has been Rs 1.63 lakh crore in 2019-20. It is giving a strong competition in the retail sector in the country both online and offline to other companies. Its Jio Mart is taking direct competition from Flipkart and Amazon in online.

Amazon joins IRCTC, will get 10% cashback on booking train tickets through app

Success Story of IAS Kinjal Singh: Lost father at the age of 6 months

'Too many families': How heartbreak led London's knife crime capital to turn itself around

Internet Down: After all, why is the internet down again and again, due to which the problem of outage comes?

According to outage tracking website Down Detector, these websites were stalled for some time due…