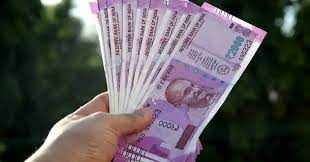 Now to give relief to the contractual employees, they will be given bonus in addition to the salary. This decision has been taken by the Rajasthan government. Under this, employees will be given loyalty bonus on the basis of their tenure and experience.

Contract employees will get the benefit of bonus

These people will not get benefit

According to the government statement, those contractual workers in NHM will not get the benefit of loyalty bonus, who have already availed this benefit as on March 31, 2017. Let us tell you that on the implementation of this proposal, the Rajasthan government will bear the financial expenditure of about Rs.987.62 lakh.

Possibility of payment before Dussehra

From July 1, the central government can pay the increased rates of DA to the employees before Dussehra (October 15). In this, the arrears of two-three months will be given simultaneously, due to which the employees will get the benefit of increased salary. According to Shiv Gopal Mishra, secretary of the National Council of JCM (JCM), under the 7th Pay Commission, central employees currently get 17% dearness allowance. When the previous installments are added to it, it is likely to reach 31 per cent.

Also read: Vistadome coaches will soon be added to the express trains of the Bangalore-Mangaluru route, will be equipped with these hi-tech features including glass roof

The CEO of Ola Electric Scooter asked, how much speed is needed, you will be surprised to hear the answer of the customers

Currently, the Ather 450X is the fastest electric scooter in the Indian market with an…

The President of Sri Lanka has granted pardon to 93 prisoners. Some are accused of…

ST workers defied the government, did not return to the job even after the order

Difficulties for non-custodial wallets may increase in EU

The European Parliament, one of the three statutory units of the European Union (EU), is…