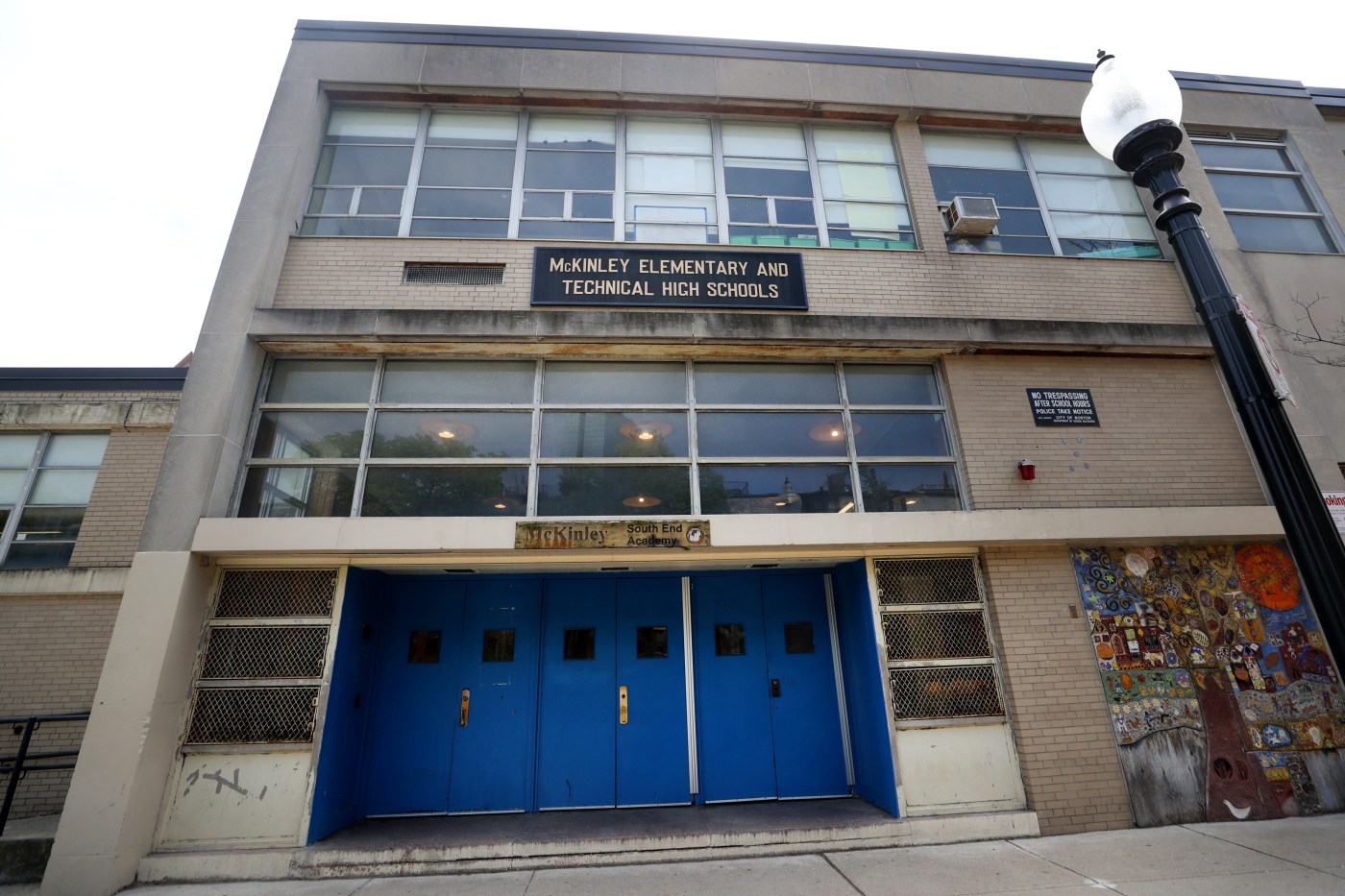 A Boston Public Schools trainer needed to take herself to the physician after which the police station after a pupil threw “boiling hot” ramen-noodle water on her face — and the college’s principal wouldn’t name 911, based on a police report.

A 14-year-old boy has been despatched a summons, being charged as a juvenile with aggravated assault, based on a police report obtained by the Herald from the May 5 incident on the McKinley Middle School.

It began when the boy was making an attempt to warmth up on the spot ramen noodles within the microwave, and tried to place a textbook in with them, based on police. The trainer advised him not to try this, and went over to take the e-book away — however the child snatched it again.

The teen “then stood up from his seat and threw his cup of boiling hot ramen noodles at the Victim’s face,” Boston Police wrote.

The trainer later advised police that the noodles and water hit the left aspect of her face, leaving her “in excruciating pain,” together with her face, ear and left eye “stinging.”

The trainer went to the college nurse, who handled her and advised her to hunt additional medical consideration, so she went to an area urgent-care clinic, and later advised police she could be going to her physician to additional consider the burns.

After going to the pressing care, she went to the native police station to report the incident.

“It should be noted that the Victim notified the school’s principal about the incident, the principal stated that they would call 911 but did not do so,” the police wrote of the management of the college on St. Mary’s Street in Allston.

The college’s web site lists the principal as Cindie Neilson, who wasn’t instantly reachable for remark.

Asked for remark, BPS mentioned this “is an unfortunate incident that took place at the McKinley, and actions were taken to ensure the safety of the staff member involved and appropriate interventions have occurred.”

“Both Boston Police and the BPS Safety Services have a report of the incident, and it is being reviewed by the appropriate BPS staff,” the district continued. “Our protocol when such incidents occur is to put in place a safety plan for everyone involved, which is currently underway.”

A trainer on the college advised the Herald that the incident and the response to it “really made staff upset and worried” after the principal didn’t name for an ambulance.

“I am inflamed that the principal did not call 911 after an incident of this caliber,” he advised the Herald. “I demand an independent investigation as to what happened and why school leadership did not call 911 given the violent nature of the incident and the resulting injuries to one of our teachers.”

High-profile incidents on the colleges have made the headlines as college students returned this 12 months, following tumultuous years disrupted by the pandemic and now with a renewed push to maintain police out of colleges.

Flaherty and City Council President Ed Flynn exchanged jabs with the district a few weeks in the past after back-to-back days of incidents on the Condon college in South Boston when a flyer with a swastika turned up someday after which a bullet appeared in a rest room the following.

Last 12 months, a pupil in Dorchester was accused of beating a principal unconscious. Different days have introduced experiences of bullets round colleges, fights and threats.

Earlier Thursday, the Boston Globe reported on an incident through which a household mentioned BPS didn’t name 911 when a baby was having a stroke — and as an alternative known as social providers on the boy’s mom after she pressed them.

Will Mukesh Ambani be able to beat Tata and Adani here, one is a 100 year old company and the other has investor confidence