These off roader SUV cars will be launched next month, be ready for adventure driving 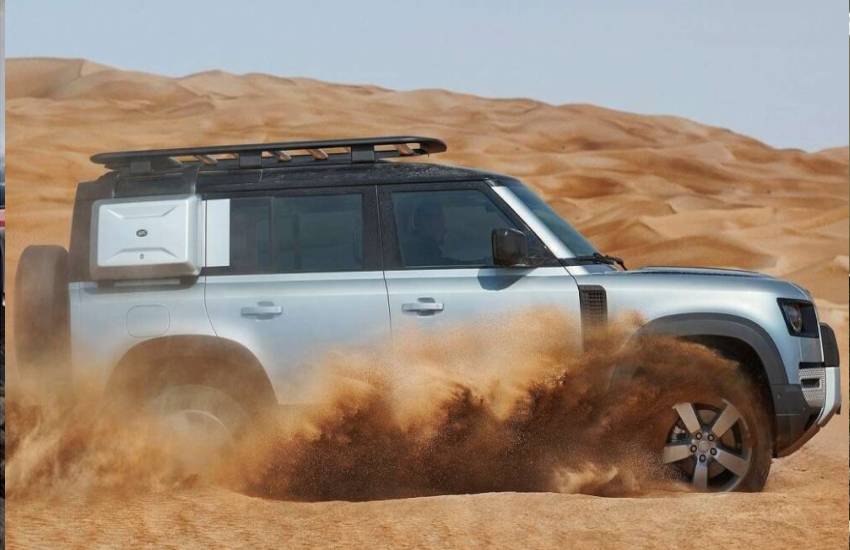 Many companies are going to launch several offroader SUV cars in the premium and budget segment next month. These include new cars from Mahindra, Jaguar Land Rover, MG Motor and MG Motors.

Looking at the festive season, the auto sector is gearing up. Soon some new vehicles are going to be launched in the market. Many companies are going to launch several offroader SUV cars in the premium and budget segment next month. These include new cars from Mahindra, Jaguar Land Rover, MG Motor and MG Motors. Know about them

Jaguar Land Rover (JLR) SUV Land Rover Defender will be launched on October 15. The company has started booking this car. Currently, this car will be offered with a petrol engine. Later, there are plans to introduce it in diesel engines as well. Its ex-showroom price will start from around 70 lakh rupees.

The new Thar of the Mahindra company will be launched on 2 October next month. This car is built on the new chassis and will be longer than the previous one. It will get advanced features, which will include features like cruise control, touchscreen infotainment system, back seats, convertible options. It will be launched in both petrol and diesel variants. Its ex-showroom is expected to be priced between Rs 10 and 14 lakhs.

MG Motors’ new SUV MG Gloster will be available for sale in India in the first week of October. The company has started its pre-booking. Let us know that recently MG Motors announced the launch of this car in India. This car will come in diesel variants. It has a 2-litre twin-turbo diesel engine, which will be equipped with 8-speed automatic transmission. In this car, users will get many interesting features such as automatic emergency braking, forward collision warning and automatic parking assist. Its price is likely to be around 35 rupees.

It will be Mercedes’ new luxury electric car. This car will be equipped with twin electric motor, which will give power of 408 PS and torque of 760 Nm. It will also have an 80kWh battery. Once it is full charged, it will run for 400 km. Its estimated ex-showroom price is said to be around one crore rupees.

Maruti Suzuki to Launch 7 New Cars in the Coming Year. Here are all the details about the New Cars

Farmers have one more chance, can avail crop insurance before 31 August

Tips for Ethereum with Bitcoin on Twitter after Jack Dorsey Resigns

Keep in mind these mantras related to investment in equity market, you will be in profit.