These five cars of Maruti Suzuki will be seen in a new avatar soon, from Alto to S-Cross 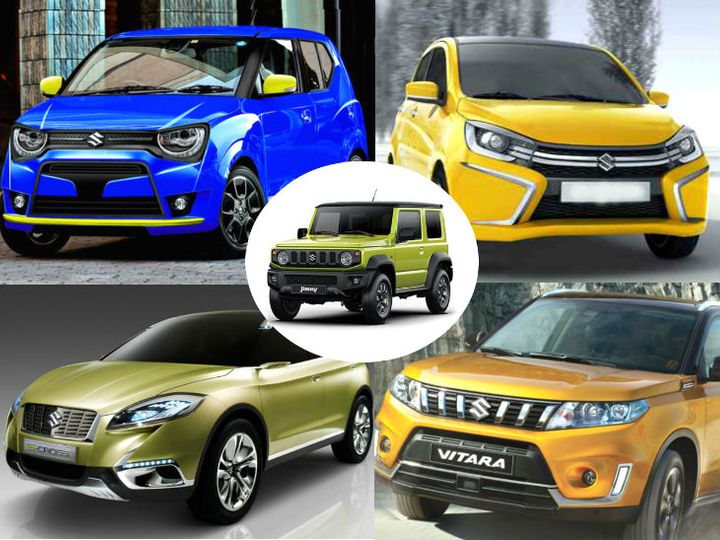 Maruti Suzuki plans to refresh its vehicle lineup soon. The company has prepared a roadmap to launch new vehicles, as well as the company is also considering rolling out replacements for existing products. Recently some of the company’s new vehicles were spotted during testing, while for other vehicles we currently have the only speculation.

Here, we are discussing five new-generation models that Maruti will soon launch in the Indian market, with the list ranging from entry-level Alto to Jimny.

Maruti Suzuki Alto is a popular vehicle in India. In the two decades since its launch, it has sold nearly 4 million units. Currently, the Alto is available only with a 0.8-liter, naturally aspirated inline-3 engine, which offers power outputs of 48 PS and 69 Nm. This engine also has a CNG variant. Its next-generation model is expected to hit the market early next year. The dimensions of the next-generation Alto are expected to be higher than the current model, which will also get more interior space. It will likely be based on the brand’s Heartect platform (or Heart-KE like the S-Preso), which is lighter and stronger. May be the engine and transmission remain the same.

The Celerio is not only a popular car in the Maruti Suzuki lineup but also a small hatchback, which has been liked by a large number of people. It was first launched in 2014 and since then there has been no major change. The company is now working on its next-generation model, which is expected to be launched by next year. The next-generation Celerio has been spotted on the streets several times during testing. It seems larger in size than the current model. It will be based on the company’s Heartect platform and will see many major changes to its interior-exterior. The powertrain will include a 1.0-liter K-series engine similar to the current 1.0 and a more powerful 1.2-liter engine will also be available. Will have to see if the Celerio-X will be available in the next-generation avatar.

Nissan Magnite Anvil in India; Vitara Brezza will compete with Sonet; Equipped with these features

The Maruti Suzuki Vitara Brezza was launched in 2016. Now the company is preparing to launch its replacement model. The current version received a mid-life facelift earlier this year that will see a slight update to the design, however, the car still looks slightly older than its rivals. About the details of the next-generation Vitara Brezza No confirmation has been made yet, except that it will launch in the first half of 2022. According to reports, there may not be any change in its engine and transmission, but the chassis will probably be new. The vehicle may also have a hybrid variant, which will provide a better fuel economy.

The Maruti Gypsy was a luxurious off-road SUV, and remained quite popular among auto enthusiasts in our country. Sadly, last year (for the general public) the vehicle was discontinued. However, reports suggest that Maruti will launch the Jimny in the Indian market as a next-generation Gypsy in 2023. The company is currently testing Jimmy in India, but in its regular 3-door avatar. The company will develop a 5-door version for the Indian market, which will be more practical than the current one. The 5-door will be an economical option compared to the Jimny, Mahindra Thar and the upcoming Force Gurkha when launched. The S-Cross SUV is Maruti Suzuki’s flagship car, but it is one of the least popular models in the company’s lineup. The company has confirmed that it will launch a new SUV during the second half of 2022, replacing the current S-Cross. Perhaps Maruti Suzuki and Toyota will team up with the next-generation S-Cross, and will later launch a rebadged version of it. This upcoming SUV will probably be larger than the current-generation S-Cross, especially in terms of height. It will probably get a 1.5-liter ‘K-Series’ engine with mild-hybrid assistance. Maruti may not add diesel engines to the range, but instead the company may add hybrid or plug-in variants to it.

Why Won't the Left Talk About Racial Disparities in Abortion?