The factory of Ola electric scooter is ready, the company can launch the vehicle anytime 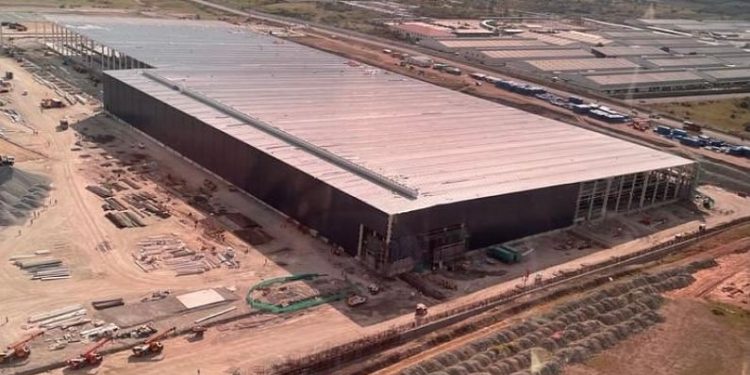 Ola Electric Factory is being built in Tamil Nadu and the mega factory will be able to roll out 20 lakh electric scooters in the initial phase.

Ola Electric is preparing to launch its first electric scooter in India on 15th August. The factory where these electric scooters will be made is also nearing completion. Ola Electric CEO Bhavish Agarwal shared the status of the factory on Twitter, showing an aerial picture of the Ola Future factory. Sharing the picture of Futurefactory on social media, Agarwal wrote, “Ground zero!”. His tweet came a day after it was revealed that the Ola electric scooter would be launched in the country on Independence Day, bookings for which were opened at the end of July for Rs 499. Expect the price of the e-scooter to be under Rs. 1 lakh.

Earlier this year, Ola Electric announced that the company was building a mega factory on 500 acres of land. It had signed an MoU of Rs 2,400 crore with the Tamil Nadu government in December to develop the world’s largest manufacturing plant for two-wheelers. The land acquisition for the plant was completed in January this year and the construction work started by the end of February.

The cab aggregator had informed that the first phase of the electric scooter plant will be commissioned soon and more than 10 million man-hours have been planned to make the factory operational in record time. The factory will be able to roll out 20 lakh electric scooters in the initial phase. The mega factory will serve as Ola’s global manufacturing hub for a range of electric two-wheelers, which will be sold across India and exported to international markets such as Europe, UK, Latin America, Australia and New Zealand.

The Ola factory is claimed to be the most automated in India as it will be powered by Ola’s own AI engine and technology stack that will be deeply integrated into all factory operations. About 5,000 robots and automated guided vehicles will be deployed once the factory is fully operational. In addition, the company claims that 10,000 jobs will be created in the factory.

Regarding the Ola electric scooter, the company has confirmed that the scooter will be offered in 10 color options and may follow the direct-to-home sales model.

Take the return of Harley Davidson bikes in India once again, people have made full booking for the first batch

What is autopilot mode, with the help of which the car runs without a driver, brakes itself and gets parked