The country’s first hydrogen fuel cell car was successfully trialled, with a top speed of 65km per hour and a range of up to 250km 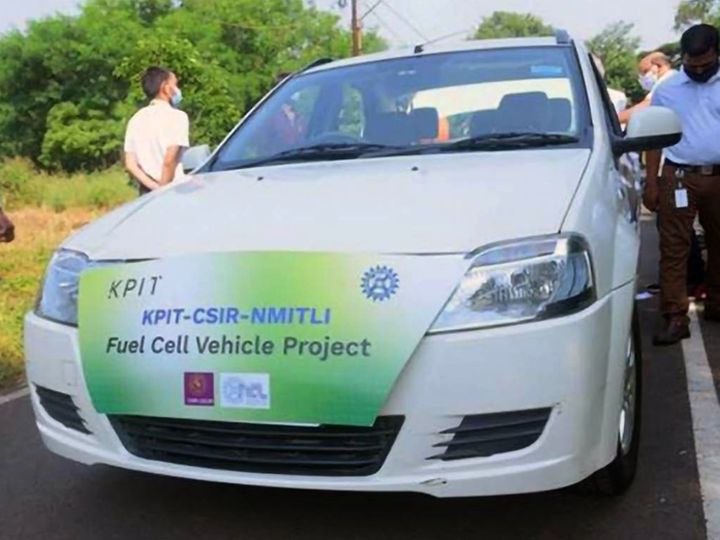 The car has been developed by the Pune based Council of Scientific and Industrial Research and KPIT. The trial has been done on a battery-electric passenger car platform to which the fuel cell stack has been added.

The country’s first hydrogen fuel cell (HFC) car has been successfully tested. The car has been developed by the Pune-based Multinational Corporation (MNC) Council of Scientific and Industrial Research (CSIR) and KPIT. The vehicle fuel cell is a low-temperature proton exchange membrane (PEM) type of fuel cell that operates at 65–75 ° C. It is suitable for driving vehicles.

Bus, truck benefit from this technology
CSIR and KPIT have successfully built 10 kWe automotive-grade LT-PEMFC. The trial has been done on a battery-electric passenger car platform to which a fuel cell stack has been added. However, it is believed that this technology is more suitable for commercial vehicles such as buses, trucks.

Range up to 250km
It has a capacity to store around 1.75 kg of H2 at 350 bar pressure, this car can cover a distance of 250 km at a speed of 60-65 km / h on the Indian road. This entire fuel cell stack and the connected equipment of the power train have been traditionally added to the 5 seater sedan.

File Photo Pimpri: The State Government has decided to take measures to bring uniformity and…

Honda Amaze facelift to be launched in India on August 18, can be booked by paying just Rs 5,000

The subcompact sedan in the Honda Amaze Facelift will get a midlife cycle update, which…

Stocks to Buy: There is a possibility of a fall in the market, you can earn profit by buying these stocks

In the last two trading days, the Sensex and Nifty have fallen by 1.50 percent.…

No problem in rice procurement in Telangana, state government should not mislead farmers: Goyal