Take, the features of CNG variants of this most famous car of Maruti have been revealed, it will be special 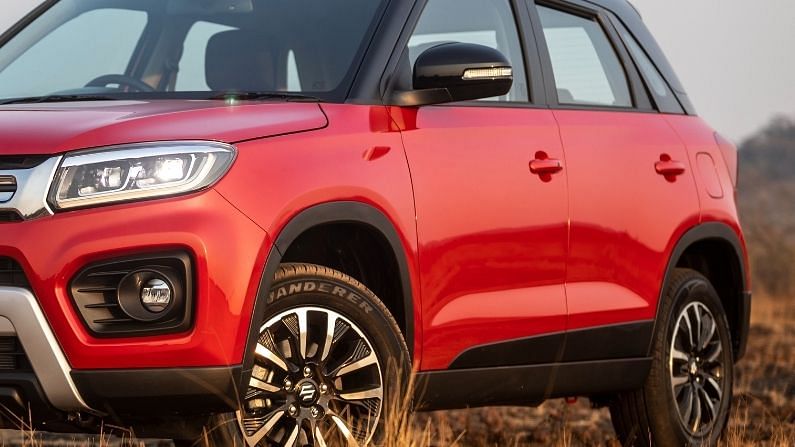 Maruti Suzuki is focusing on CNG variants here and the company can do well in this segment in the coming time. Currently, the list includes Brezza, Swift and Dzire.

The company is now working on a CNG variant of the Brezza as well.

Maruti Suzuki is expanding its range of S-CNG vehicles here. We have already told you the leaks features, engine specs of Swift and DZire but now the features of the CNG variant of Vitara Brezza have also been revealed. The old engine is being used in Swift and DZire. The Vitara Brezza 1.5 liter naturally aspirated four cylinder unit is given. The engine generates 104 PS of max power and 138Nm of peak torque. These features belong to the engine that runs on petrol. But in CNG, this power output will remain at 92PS and torque at 122Nm.

Some pictures of the car have been shared by car.spyshots. The transmission will be given a 5 speed unit which we also see in the current engine. It is quite difficult to say that the Vitara Brezza will come with an automatic gearbox. Like the S-CNG variant, the Vitara Brezza is also expected to be sold in the VXi trim with CNG. It will be better than the regular VXi variant. The CNG variant will cost around Rs 80,000 to 90,000 which is higher than the regular one. The VXi variant of the Vitara Brezza is currently priced at Rs 8.56 lakh ex-showroom.

The CNG variant of the Vitara Brezza will not have a direct rival as no other manufacturer offers its compact SUV with a CNG drivetrain. As per the rumours, a CNG variant of the Tata Nexon may be launched but nothing has been officially announced yet. The regular Vitara Brezza competes against the Ford EcoSport, Hyundai Venue, Tata Nexon, Mahindra XUV300, Kia Sonet, Toyota Urban Cruiser, Nissan Magnite and Renault Kyger.

Maruti Suzuki has the largest line-up of CNG vehicles. They call them S CNG vehicles. Currently, they sell factory-fitted CNG variants of the Celerio, WagonR, S-Presso, Ertiga, Alto and Eeco. They will add Vitara Brezza, Dzire and Swift. Hyundai also offers some of its vehicles with factory-fitted CNG. You can get the Santro, Grand i10 Nios and Aura with factory fitted CNG. Tata Motors is also working on introducing CNG variants of the Tiago and Tigor. Both the vehicles have already been spied.

This type of new logo will now be seen in Mahindra’s vehicles, XUV 700 SUV will be the first vehicle

MG Motor India launched 7 seater Gloster in India, many advanced features are available in so many lakhs of rupees

Share
Facebook
Twitter
Pinterest
WhatsApp
Previous articleCarTrade Tech IPO: 41% subscribed on the first day of CarTrade Tech IPO, should I invest in it?
Next articleSovereign Gold Bond Scheme: Government has raised so many crores till now, August 13 is investment opportunity