Sahdev, who sang ‘Baspan Ka Pyaar’, got a 23 lakh MG car as a gift, created a ruckus on the internet? 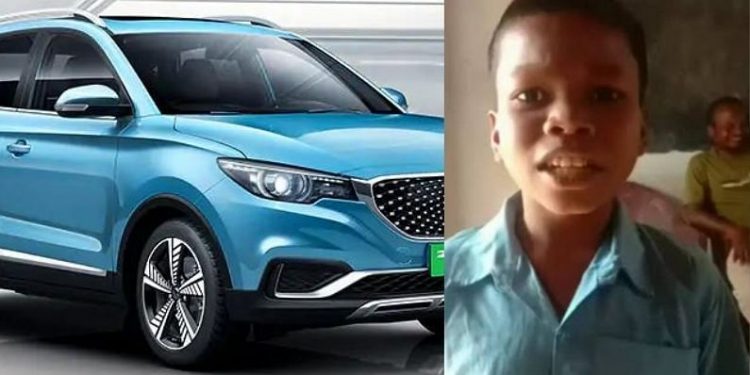 About 2 years ago, Sahdev sang this song which was recorded by his teacher. Gradually this song became such a hit that this is the only song on everyone’s tongue.

Sahadev got a new car as a gift

For the last few days, a song is being heard a lot on social media. This is not a Bollywood or Hollywood song but love of buspan. Yes, we are talking about Sukma’s Sahadev, who rocked the internet due to this song and became an overnight sensation. In such a situation, now the owner of MG’s showroom has been happy and gifted him an MG Hector SUV worth Rs 23 lakh. The car found in the gift is an electric car.

Baspan’s love song is now being liked a lot on the internet and many reels are being made on it from memes. Many celebrities made videos and reels on the songs sung by Sahdev. Rapper and singer Badshah is coming with the song ‘Badshah Sahdev Dirdo song’ with Sahdev Dirdo, whose shooting is over. This song will be released on 11th August. The song also features Aastha Gill.

Earlier, Bollywood singer Badshah also spoke to Sahdev on a video call and called him to Chandigarh to meet him. Bollywood became a fan of Sahdev’s song, now the Chief Minister of the state Bhupesh Baghel also became a fan of this song. On Tuesday, CM Baghel met Sahdev and asked to recite this song, this video was also posted by CM Baghel himself on social media. Sharing the video, CM Baghel wrote… Childhood love… Wow!

Please tell that, Sahadev’s father is a farmer, there is no mobile, TV, anything in his house. He sang this song in his school after listening to the song from another’s mobile. Which has come back as a big gift for them today. It doesn’t take long to change life, life needs to be lived. Recently, during his interview, Sahdev had said that he wants to grow up to be a singer.

The MG ZS EV facelift model has a 44.5kWh high tech battery pack which gives you a range of 419 km. The new battery pack takes the car to a speed of 100 kmph in just 8.5 seconds. During this, you get the power of 143PS, while the torque of 350Nm. The facelift model is also being liked because it has a tremendous ground clearance and it is 177mm. The car gives a range of 400 km.

It also gets a host of great features including an 8-inch infotainment system, a dual-pane panoramic sunroof, leather seats, six-way power adjustable driver seat, heated and power-foldable ORVMs, rain sensing wipers and i-Smart EV 2.0 connected car features. Has been given.

Ather Energy’s big decision, will give its fast-targeting connector technology to other electric two-wheeler companies for free

If you are planning to buy Maruti’s car, then see here the top 10 variants and all their details