Renault Kiger to be launched in India today, expected price 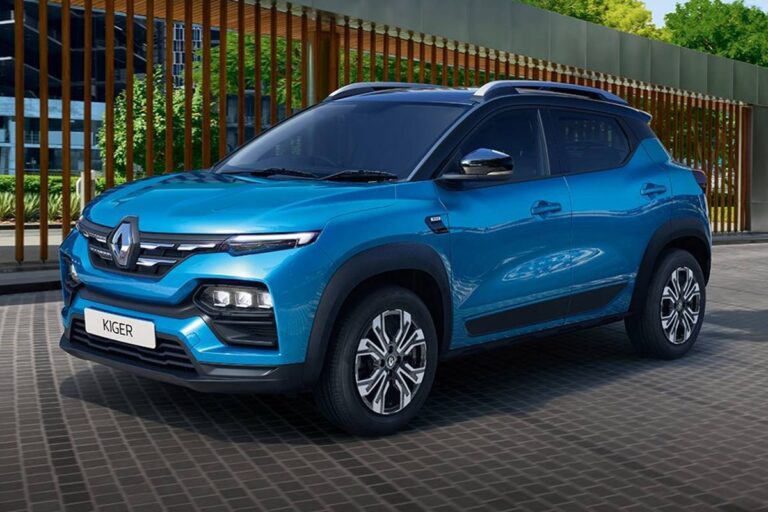 The Renault Kiger is a sub 4 meter compact B-SUV.

Renault is going to launch its new sub-4 meter compact SUV Kiger in India on 15 February. It was unveiled in India on 28 January. The concept of Renault Kiger Compact B-SUV was brought to the world for the first time in November 2020. It has been developed jointly by the corporate design team of France and India. Renault Kiger will be the third global car of the group Renault, which is being launched first in India. The company has started production of Renault Kyrag at its manufacturing plant in Chennai. It will be available in 6 colors.

The Kiger is based on the CMFA + platform, which is used in the Triber. Kiger competes in the Indian market with Maruti Suzuki Vitara Brezza, Toyota Urban Cruiser, Mahindra XUV 300, Tata Nexon, Kia Sonet, Hyundai Venue and Ford EcoSport. Reno India has informed that Kaigar is being dispatched through more than 500 dealerships across the country. It is being told that its initial price can be 5 lakh rupees.

Renault Kiger has a 1.0 liter turbo petrol engine, which produces 99 bhp power and 160 Nm torque. The 5 speed manual transmission is standard as well. CVT transmission options will also be available with AMT. Renault Kaigar has a multisense drive mode feature. The car can be run in Eco, Normal and Sport modes. Kaiger’s most special thing is that its cabin is equipped with many powerful features.

Britain: A five-month-old child started turning into a ‘stone’, the disease is not so rare, there is no cure for it, parents are upset

In the UK, a five-month-old girl suffering from a disease called Fibrodysplasia Ossificans Progressiva is…

Ravens-Browns in review: Highlights, notables and quotables from a Week 7 victory

Garlic is very harmful for ‘these’ people, know who should not eat garlic