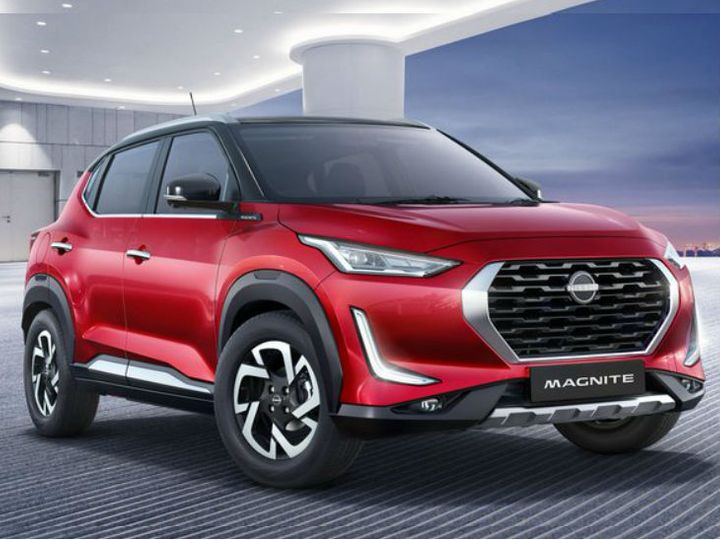 The top version of Magnite will come with features like Vehicle Dynamics Control, Traction Control and Hill Start Assist.

Magnite is based on the Reno-Nissan CMF-A + platform. There will be no diesel variant in the Magnite lineup.

After a long wait, on Wednesday, Nissan unveiled the production version of its sub-compact SUV Magnite. At the moment, the company has not announced its launching date and prices. According to reports, it will be seen running on Indian roads early next year.

Its direct competition in the market will be seen from Venue and Sonnet, besides it will challenge other cars in the segment. The company has high expectations from Magnite as Nissan is expected to regain popularity in India. This is the reason Nissan has loaded Magnite with many segment-first features. However, its future will determine its price.

Before proceeding further, let us know that Magnite is based on the Reno-Nissan CMF-A + platform, which was also seen in the 7-seater Tribar. It will be produced at the Alliance Oragadam plant in Tamil Nadu, from where it will be sold worldwide.

At the moment, Nissan has not given information about its dimensions but its length will be less than 4000 mm. However, the company said that it will get a ground clearance of 205 mm and 16-inch wheels will be available in all its versions. Talking about the first look, it is quite impressive. Thrive bi-projector handlamps, L-shape DRLs and LED fog lamps make its front look quite aggressive. There is a big octagonal grille on the front, which will see the company’s new logo. The side profile gives it a cross-over feel compared to the SUV. Alloy wheels are quite premium when viewed from the side. Roof rails in the car give this rough-and-tough feel and are not just for showing, they can also bear a load of up to 50 kg.

Nissan Magnite has chrome door handles and the cabin also gets to see a lot. The company has tried its best to give the dashboard a fresh look. It gets a 10-liter glow box. It has air con vents like the Lamborghini Urus, which look great, but the most special is the screen inside the cabin. Under the screen are knobs for temperature, AC and climate control systems, which are quite premium. There is an 8.0-inch touchscreen for the infotainment system. It is the first car in the segment to have an infotainment system with Apple Car Play and Android Auto support, it will also have connected car technology. The screen also has a segment-first 360 degree camera. Although it is not high-resolution, it will be handy when parking in tight locations. The instrument is a 7.0-inch TFT unit provided on the console. It is Bright and Easy to Read. There will be many animations and graphics in it, in which you will be able to see many information including tire pressure, fuel economy. No car in the TFT console segment is as big as this. Apart from this, Magnite will also get air purifiers, poodle lamps, ambient mood lighting and a six-speaker audio system. There is no mention of a sunroof though.

The top version of Magnite will come with features such as vehicle dynamics control, traction control and hill start assist and also has ISOFIX child-seat mounts at the rear. ABS, dual airbags and rear parking sensors with EBD will be standard fit throughout the range.

Nissan has not officially announced powertrain details, but will have two engines. The range will start with a 72-horsepower 1.0-liter, three-cylinder naturally aspirated petrol engine that will be mated to a 5-speed manual gearbox, and will also feature a new 1.0-liter, three-cylinder turbo-petrol engine. Will make its debut in India with Magnite. It is expected to power around 95 horsepower and will come in a manual gearbox in standard form. Top-variant will be available with the segment-first CVT auto gearbox. There will be no diesel variants in the Magnite lineup.

It is expected to be launched in early 2021, however, its bookings are likely to start by the end of 2020. There are several competitors in India, including the Kia Sonnet, Hyundai Venue, Tata Nexon, Mahindra XUV300, Ford EcoSport, Maruti Suzuki Vitara Brezza and Toyota Urban Cruiser are included. In order for Magnite to perform well in India, the company will have to carefully determine its price. However, it is being speculated that the initial price will be Rs 5.3 lakh, while the fully loaded turbo CVT variant can be priced above Rs 7.5 lakh. (All prices, ex-showroom).

Ukraine-Russia war now at a turning point, Ukraine claims – 228 people died in the attack in Kyiv

Pic: Anastasia Lapatina @lapatina_ new Delhi. According to the big news of the morning, the…

Justin Fields is making strides in Luke Getsy’s new Chicago Bears offense, but: ‘We still have a long way to go’

Without taking the name of China-Pakistan on Brahmos, Rajnath said – stay so that no one can cast an evil eye on India