Know why Maruti 800 is special, Maruti was the first car from Sachin to Kajol 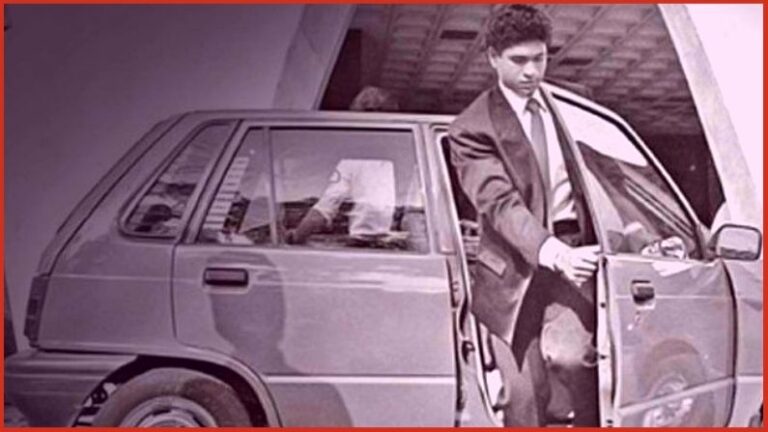 The Maruti Suzuki 800 was the first front-wheel-drive car in India and was apparently much cheaper than the most popular car of the time (Hindustan Ambassador).

No matter how many successes you achieve in life or have the latest car parked in your garage, but you can never forget your first car. The first car will always be special for you because it takes a lot of effort. Same is the case with the celebs regarding the first car. Then whether it is about Sachin Tendulkar or Kajol, everyone is saving the memories of their first car.

Now it comes to the fact that which was the first car of these celebs, let us tell you that since the beginning, Maruti cars have been craze in India. Today, Sachin has a collection of great cars (cars like BMW and Ferrari) but Sachin Tendulkar started his journey with a simple Maruti Suzuki 800, which he sold many years ago. He is now in the process of bringing back the Maruti Suzuki 800.

Sometime back in an interview, Sachin revealed that he had sold 800 a few years back. He also appealed to the audience that he is looking for his first car and anyone who has any information about the vehicle can give it.

It was launched in 1983, which was a time when only a select few could buy a car in India. The Maruti 800 was the first front-wheel-drive car in India and was apparently much cheaper than the most popular car of the time, the Hindustan Ambassador.

TVS Motors recovered from the shock of Corona, sold more than 2.38 lakh bikes in June

Now buy this electric scooter for Rs 47,990 instead of 74,990, know why the company has reduced the price

If you are planning to buy 5G phone, then wait, otherwise it can be a loss, know what is the reason

Create your own wallpaper or sticker to congratulate Diwali on WhatsApp, here’s the whole process

This photo is symbolic. With the help of instant messaging app WhatsApp, users not only…

Another big action by BGMI, more than 170,000 accounts banned for cheating in the game

Krafton, the developer of Battleground Mobile India (BGMI), has banned more than 1 lakh 70…