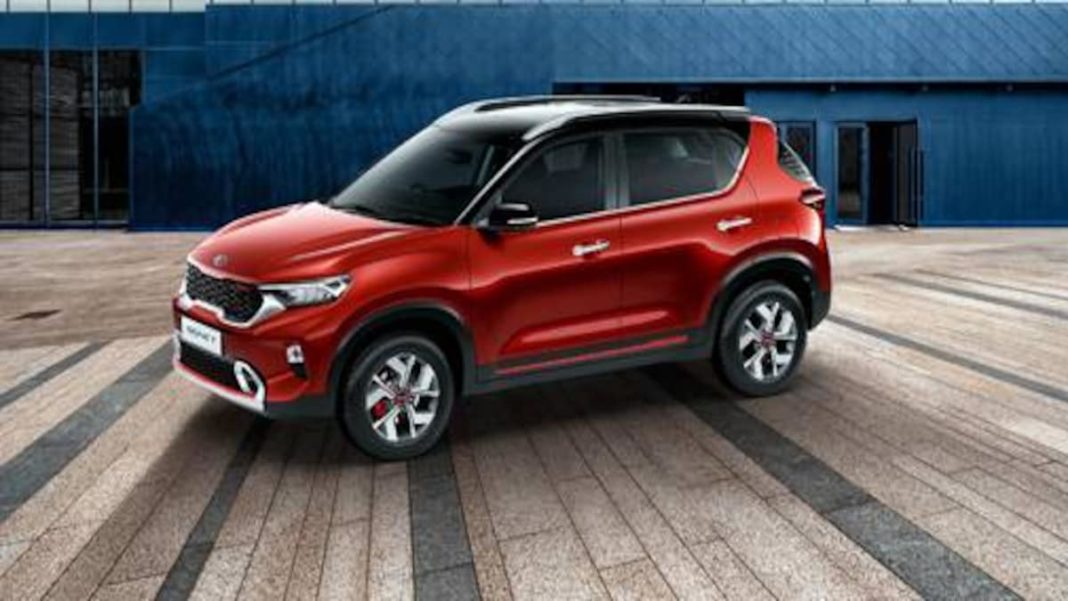 South Korea’s leading automobile manufacturer Kia Motors today launched its most awaited SUV Kia Sonet in the Indian market on 18 September. Adorned with a very attractive look and strong engine capacity, the initial price of this SUV has been set at just Rs 6.71 lakh (ex-showroom, Delhi). This SUV was first introduced in India by the company during the past Auto Expo.

Kia Sonet has been introduced by the company in two variants and 15 trims. This includes Tech Line and GT Line. Booking of this SUV has already been started and it is getting good response from customers. The demand for its HTX, HTX + and GTX + variants are higher than demand. Apart from this, the entry-level diesel version is also in great demand. So far, the company has booked more than 25,000 units of this SUV.

The company is offering the new Kia Sonet with a total of 3 engine options, including two petrol and one diesel engine. In a variant of its petrol version, the company has used a 1.2-liter capacity petrol engine, which generates 83 PS of strong power and 115 Nm of torque. It uses a 5-speed manual transmission gearbox.

At the same time, in the second version of petrol, the company has used a turbocharged petrol engine of 1 liter capacity. Which generates 120 PS of power and 175 Nm of torque. It has a 6-speed intelligent manual transmission and a 7-speed dual-clutch transmission gearbox.

Apart from this, the diesel engine has also been introduced in two different tunes. In one version, the company is using a 1.5-liter capacity engine that generates 100 PS of strong power and 240 Nm of torque, with a 6-speed manual transmission. At the same time, its second variant generates the power of 115 PS and torque of 250 Nm. It has the option of 6-speed automatic transmission. Let me tell you, this is the only SUV in its segment that is available with a torque converter gearbox in a diesel engine.

Kia Sonet bookings started, you can book at tokens amount of Rs 25000 from here

The company has given an all-black interior in Kia Sonet.

In Kia Sonet, the company is offering the best and large size infotainment system in the segment. It has a 10.25-inch infotainment system, which you can easily connect to Apple Car Play and Android Auto. Apart from this, three different driving modes have been given in the name of Eco, Normal and Sport. This SUV features 30 such features including ventilated seat, front parking sensor, Bose’s music system, ambient lighting, cruise control, sunroof, wireless charging, 6 airbags, all-black cabin which will be seen for the first time in the segment.

Mileage gives so much:

The company claims that the 1.5-liter diesel variant of the new Kia Sonet gives mileage of 24.1 kmpl while its VGT diesel automatic variant gives 19 kmpl and Smartstream 1.2 manual transmission mileage up to 18.4 kmpl. These mileages are checked on certain parameters. The mileage of any vehicle also depends mostly on the driving style and road condition.

From Kia Sonet to Mercedes-Benz EQC, to be launched in September

The prices of all the variants of Kia Sonet are as follows.

Kia ‘CV’ Electric to be launched next year, preparing to bring 7 new EVs by 2027

Lunar Eclipse 2021: First lunar eclipse of the year will be seen on 26 May, know these important things