Honda’s upcoming bike seen in the teaser, will be launched on August 19 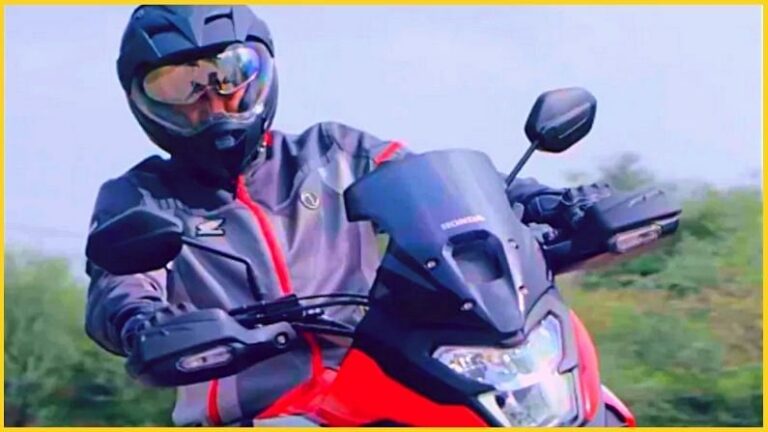 HMSI had trademarked the name ‘NX200’ in India in April 2021, which is likely to be the name of the upcoming model. The bike could be offered as a crossover or dual play model in the overseas markets.

The Honda ‘NX200’ motorcycle is likely to be based on the Honda Hornet 2.0 platform.

Honda Motorcycle and Scooter India ie HMSI has recently teased an adventure bike, which will be launched in India on August 19, 2021. The motorcycle is likely to be based on the Honda Hornet 2.0 platform. Honda has invested extensively in the Hornet 2.0 platform and plans to explore new models based on the same platform. The teaser video shows that the bike gets an LED headlight, a semi-fairing, knuckle guard and split-seat which is similar to the Hornet 2.0.

This new bike can be called the NX200. Although Honda has not officially released the name of the bike, it has registered the name NX200. In fact, HMSI had trademarked the name ‘NX200’ in India in April 2021, which is likely to be the name of the upcoming model. The Honda NX200 series could be offered as a crossover or dual play model in the overseas markets.

Get ready for a perfect companion to explore new exciting experiences, in the city and beyond it. pic.twitter.com/Hy6Tl6qhU2

What is the specialty of Honda Hornet 2.0?

Honda Hornet 2.0 is powered by an 184.4 cc engine that generates 17 bhp power at 8,500 rpm and 16.1 Nm of peak torque at 6,000 rpm and is mated to a 5-speed gearbox. The engine gets Honda’s programmed fuel injection along with 8 on-board sensors that continuously inject optimum fuel and air mixture for better efficiency and performance. We can expect the same engine on the NX200 and maybe a slightly different tuning.

New bike will give competition to Hero XPulse 200

The new ADV is expected to get a slightly longer suspension journey and dual-sport wheel/tyres, which will give it an ‘adventure’ flavor unlike the street bike. If the bike is indeed a 200cc ADV, then it will directly compete with the Hero X-Plus 200, which has no direct rival as of now.

The latest Honda bike can be priced between Rs 1.30 lakh and Rs 1.80 lakh when officially launched.

Mahindra’s sales increased at double the speed in July, the company sold 42,983 vehicles in 31 days

Auto Expo 2022 will not happen due to Corona epidemic, SIAM postponed

The intra-city feud between the Everett mayor, metropolis clerk and native newspaper has ratcheted up…

Whatsapp launched ‘Vaccines for All’ sticker linked to Covid-19, know what’s special in it

Tata Motors, of their bid to scale up capabilities throughout the completely different enterprise verticles,…