Honda to launch ‘NX200’ motorcycle on August 19, know how much it will cost 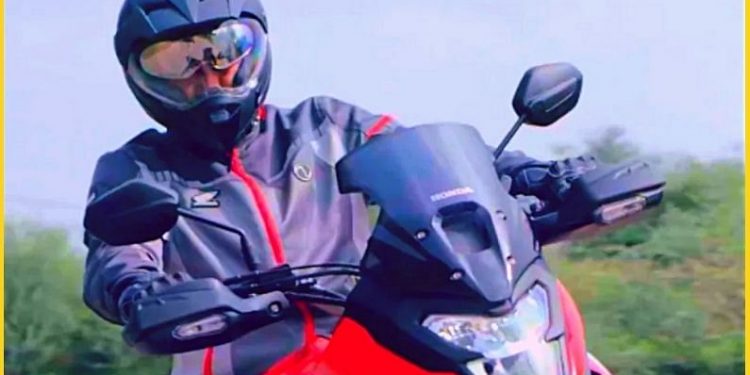 Honda’s new bike will use the Hornet 2.0 engine and platform. It is expected to be powered by a 184cc, single-cylinder, air-cooled engine that is capable of generating 17 hp of power and 16 Nm of torque. The Honda ‘NX200’ motorcycle is likely to be based on the Honda Hornet 2.0 platform.

Honda Motorcycle and Scooter India (HMSI) is all set to launch its new Hornet 2.0-based motorcycle on 19th August. The company has not yet released the official details on the bike including its nameplate, although according to some data that has surfaced, it is ‘NX200’.

The upcoming ADV has already been teased more than once by Honda. It will be primarily targeted at audiences who are looking for an entry-level adventure offering in India. It will have no direct rivals in the entry ADV motorcycle space and will be priced around Rs 1.60 to Rs 1.65 lakh (ex-showroom), making it costlier than the Hero XPulse 200 range, but cheaper than the Royal Enfield Himalayan motorcycle .

Get ready for a perfect companion to explore new exciting experiences, in the city and beyond it. pic.twitter.com/mVJUYdpBqL

The new bike will use the Hornet 2.0 engine and platform. It is expected to be powered by the well-known 184cc, single-cylinder, air-cooled engine that is capable of producing 17 hp of power and 16 Nm of torque. Its engine can come with a 5-speed transmission. The engine of the Hornet gets Honda’s programmed fuel injection which comes with 8 on-board sensors and continuously injects optimum fuel and air mixture for better efficiency, performance.

What will be special in Honda’s new motorcycle

The motorcycle is also likely to share its exterior with the current roadster, though it will be offered with a few major updates to match its credentials. As per the details revealed in the previous official teaser video, the motorcycle will sport a medium-sized black-tinted windscreen on its Hornet-inspired front headlamps. There will also be knock guards on the handlebar to give it a rough and tough look.

Apart from this, the upcoming ADV is expected to get a raised stance, wider handlebar, wired-spoke wheels and LED lighting all around. It is also likely to get upside-down front forks and a single mono-shock unit at the rear.

More details about the motorcycle will be revealed on the day of its launch i.e. August 19.

Bumper discount on Hyundai vehicles in August, you can get a discount of Rs 50,000 on buying Nios and i20