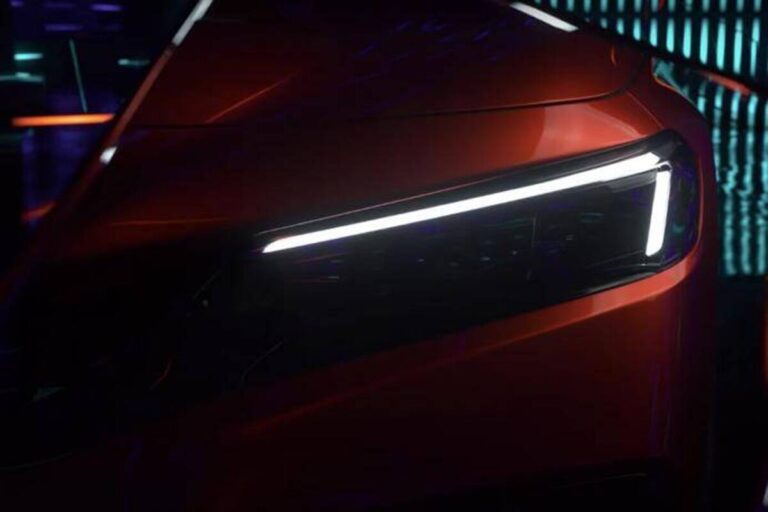 The 11th generation of the Honda Civic will be launched on 17 November.

Honda has released a teaser video of the next generation Civic. The 11th generation of the Honda Civic will be launched on 17 November. Earlier, patent photos of the design of the new Civic were leaked online. From this, it can be estimated how the car will look. Several parts of the upcoming model have been seen in Honda’s short video teaser.

Honda is expected to offer only the prototype version of the next generation Civic sedan on November 17. However, the model is said to be ready for production. Honda will remove the curtain during the live stream on the car, which is very popular among gamers. The model is expected to get a completely new design. It will come with updated features with modern technology. If you look at the leaked patent photos, there will be no difference in the exterior design. However, the rear design of the car will see major changes.

The 11th generation Honda Civic is expected to start selling globally in 2021. Honda is also expected to introduce the model soon after this in India. In India, Honda Civic is venturing into a much smaller market where it will compete with vehicles like the Skoda Octavia and Hyundai Elantra. Skoda will introduce the new generation Octavia in India in early 2021. The current generation Honda Civic was launched in 2019. It was updated in 2020 with BS6 upgraded petrol automatic and diesel manual versions.

Audi cars will be expensive from January 1 in the country, rising input costs and weakness in rupee is the reason

We are happy with the light of one moon, but this planet is bathed in the light of 82 moons, know which planet has how many moons

Earth has only one moon, but some planets have dozens of moons. There are also…

Okinawa has made a plan to increase the sale by 3 times by 2022, now you can buy electric scooter at a discount of 38 thousand

The company has reduced the price of Okinawa Praise Pro from Rs 84,795 to Rs…

By Anurag Kedia Digitalisation, e-commerce, or social commerce – each development in know-how is directed…