Big shock to passengers going from London to London, after spending lakhs of rupees, now this 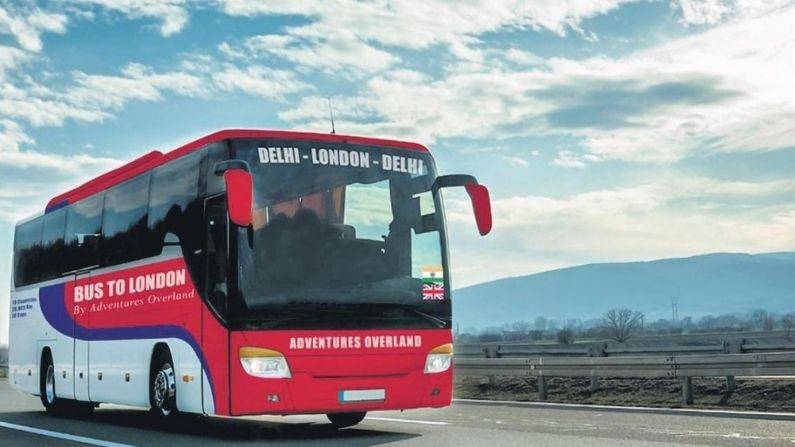 The condition of the tourism sector in the country has deteriorated since the last lockdown. Because people are traveling and are not stopping anywhere.

Corona cases are continuously increasing in India. Many new rules have come from the state governments for their states, while the government has also issued different guidelines. In Maharashtra, where the lockdown has been imposed for a few days, Kejriwal has announced the lockdown till 26th in Delhi as well. In such a situation, India is currently going through many challenges. Different sectors are facing their own problems. Meanwhile, now the bus service of Delhi and London has been stopped.

In view of the lockdown, curfew and different guidelines, the bus service going from Delhi to London has been stopped till further orders. Gurugram-based Endevents Overland conducts this service. In such a situation, the company said on Thursday that, we have shifted the journey of this year to April 2022.

We have taken this decision in view of the safety of passengers and crew members and our channel partners. The company has said in a statement that, with this experience, we will be able to give a good environment in the coming time and will provide them a safe environment. The first edition of the trip was held for May this year.

Let us know that the condition of the tourism sector in the country is bad since the last lockdown. Because people are traveling and are not stopping anywhere. In such a situation, hotels, restaurants and other sectors are suffering the most. While the auto sector has recovered from the previous losses, there are still many such sectors in the country and the world who have not been able to get up from the loss of the previous lockdown.

In the second wave of Corona, the number of cases in India has increased significantly. On this Wednesday, nearly 3 lakh cases were reported in India. In such a situation, it was the largest figure for any country so far.

Tomato-Onion Price: Expensive tomatoes and onions spoil the taste of the plate, prices will not be controlled before three months

Who is Sadhvi Jaya Kishori, there are crores of Star KathaVachika hymns