Business Khabar DISCOVER THE ART OF PUBLISHING
Home Business Automotive Are you also thinking of buying an Ola electric scooter? But... 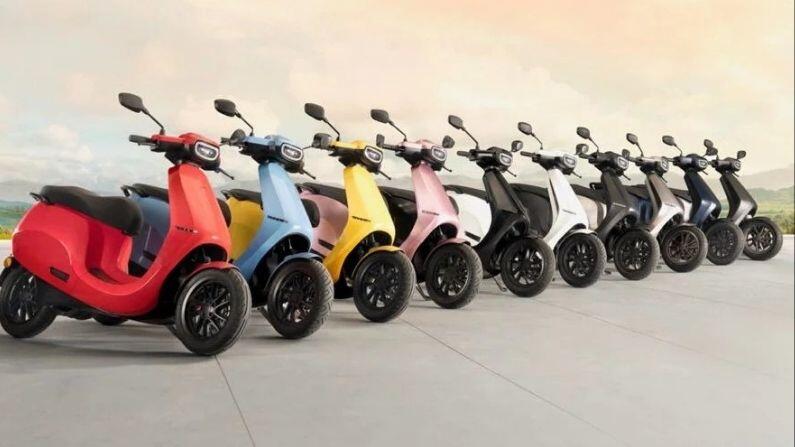 The Ola electric scooter is likely to be offered in three variants. The company can offer this scooter in 10 colors. At the same time, in the coming time, the company can install its charging stations in most cities.

Many customers are waiting for Ola electric scooter

Ola Electric is gearing up to launch its first electric scooter for the Indian markets. The company has already started the pre-bookings for this upcoming electric two-wheeler through its official website. The launch is likely to happen in the next few weeks.

The company has registered over one lakh bookings in the first few days. The company on July 15 announced the opening of bookings on its official website for a token amount of Rs 499. Before its official launch, today we are going to tell you 10 important things about this electric scooter.

1. The Ola electric scooter will be the first two-wheeler passenger vehicle to be introduced by the company. The Ola Future factory being built in Tamil Nadu will be the world’s largest facility for e-scooters. This is where Ola Electric will produce its upcoming electric scooters. The facility, being built on 500 acres at a cost of Rs 2,400 crore, promises to produce around 2 lakh units at full capacity once every year.

2. The Ola electric scooter is likely to be offered in three variants. New filing documents have revealed that the scooter is likely to be called the Series S. The company has also filed a patent for the other two names – S1 and S1 Pro which could be additional variants/trims of the two-wheeler. There is a possibility that ‘S1’ could also be used as the model name which will make ‘S1 Pro’ an additional trim level for the electric scooter.

3. The Ola electric scooter could be based on the Etergo AppScooter which is powered by a swappable high-energy-density battery. It claims to be capable of running 240 kms without recharging. However, in the real world, it is likely to offer a range of around 150 kms on a single charge.

4. The Ola electric scooters are likely to be powered by electric motors of 3 Kw and 6 Kw. It gives a peak torque of around 50 Nm. The top speed of the electric two-wheeler can go up to 90 kmph.

5. This scooter will be charged from 0 to 50% in just 18 minutes. It will take around 2 hours 30 minutes for it to be fully recharged. However, if plugged into a regular home charging point, the electric two-wheeler can take up to five and a half hours to charge from zero to full.

6. Ola may introduce electric scooter with home charger for its customers. It will require no installation and will allow customers to charge their vehicle at home by plugging it into a regular wall socket. Ola Electric will offer its customers smartphone connectivity in their scooters to monitor the charging status using the Ola Electric app.

8. The Ola electric scooter will be offered in 10 color options. Some of these color options, such as black, white, blue and red, were already confirmed, but now the full range of colors has been confirmed by the company.

9. Ola Electric will set up a ‘Hypercharger Network’ across the country which will cover one lakh charging points in 400 cities. In the first year, Ola is setting up over 5,000 charging points across 100 cities in India. This will help Ola electric scooter owners to access the charging infrastructure more easily.

10. The price of the Ola e-scooter can be anywhere between Rs 1.2 lakh and Rs 1.4 lakh (ex-showroom). It will compete with rivals like Ather 450X and TVS iQube.

Now your normal car will be converted into electric, this company has converted many vehicles

Yamaha launched a cheap scooter, in this segment Honda will get competition