HomeAutomotiveRenault's car which is being liked the most, the company launched its...
Automotive

Renault’s car which is being liked the most, the company launched its special variant on this special occasion. 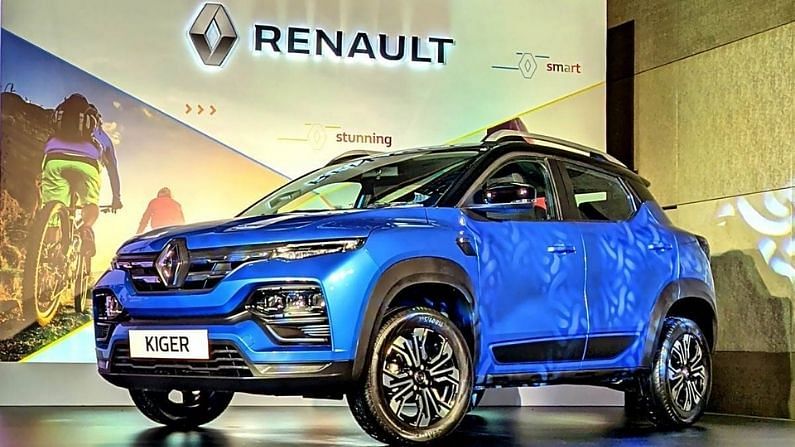 The new Renault Kiger RXT(O) variant will be made available in a one-litre Energy engine with both manual and automatic transmission options. The carmaker has also started the Freedom Carnival from 6-15 August.

The Renault Chiger is being well-liked in India

Renault has completed 10 years of its operations in India and the carmaker has taken the occasion to launch the new RXT (O) variant of its Chiger SUV as well as a slew of schemes for its existing and potential customers in the country. Bookings for the new variant of the Chiger will start from August 6. The new Renault Kiger RXT(O) variant will be made available in a one-litre Energy engine with both manual and automatic transmission options. The new variant will get some of the features of the RXZ variant, such as tri-octa LED Pure Vision headlamps and 40.64cm diamond cut alloy wheels.

The Kiger RXT(O) variant will get some more features including PM 2.5 Advanced Atmospheric Air Filter which purifies the cabin air. The cabin gets a wireless smartphone replication function that enables passengers to connect their smartphones to the 20.32cm DisplayLink floating touchscreen.

As part of its Celebrity Offer, Renault has announced a ‘Freedom Carnival’ from August 6 to 15 across the country except Maharashtra, Gujarat, Goa and Kerala. The carmaker has launched different festive offers for these states with maximum benefits of up to Rs 90,000 as demand is expected to pick up during the upcoming festivals of Ganesh Chaturthi and Onam in these states.

Under the ‘Freedom Carnival’, customers who book Renault cars during the deadline will be offered additional benefits in addition to the other offers being offered in August. Apart from cash offers and exchange bonus, the company has also announced ‘Buy Now, Pay in 2022’ scheme on the purchase of Kwid, Triber and Kiger. Under this plan, customers can choose to buy a Renault vehicle now and start paying EMIs after six months.

Renault has said that it has garnered over 700,000 customers in the country during this decade and as a gratuity, it has announced loyalty bonuses for existing customers.

Jeep will bring its first all-electric SUV in 2023, know what will be special in it

Bihar Har Ghar Nal Ka Jal Scheme: To provide water to the homes of the poor, the Deputy CM’s family got a contract worth...

Tax Talk: Do those earning from shares also have to pay advance tax? Know, the complete account related to your liability