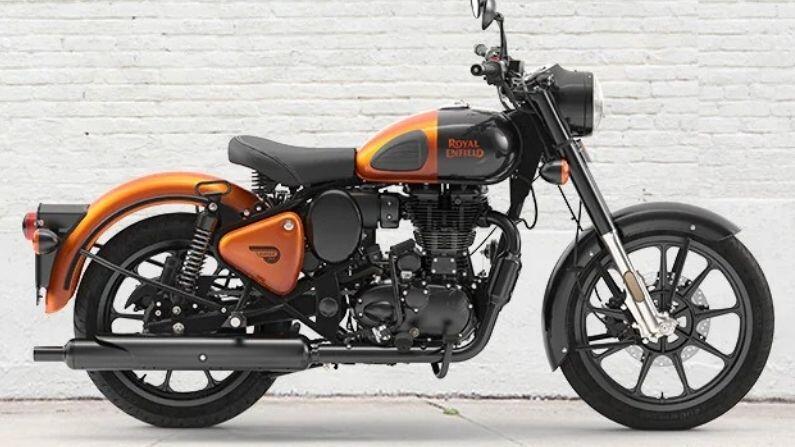 There will not be a better chance to buy this bike from Royal Enfield. Many powerful features have been given in the bike. At the same time, there is such a cruiser bike that you can take on a long journey without any tension.

Many types of bikes and scooters have come in the market in the two wheeler segment. Many people have started liking electric vehicles now, while many still prefer scooters. But there are also many in the list who like cruiser bikes and use these bikes for traveling or off roading. The name of the motorcycle company that tops the list in India is Royal Enfield.

Royal Enfield has recently launched an updated version of its Classic 350 bike, which has been given a new color option along with new features. Although the starting price of the bike is Rs 1.79 lakh, you will have to pay Rs 2.06 lakh for the top model. On the other hand, if you like the bike and are not able to buy it, then today we have brought an option for you.

To know more about the bike, you can use the EMI calculator by visiting the BikeDekho website. According to this, you can buy Royal Enfield Classic bike worth Rs 1.79 lakh on a down payment of Rs 25 thousand. According to the website’s EMI calculator, after making a down payment of Rs 25,000, you will have to pay an EMI of Rs 4,446 per month. The loan tenure will be 60 months and you will be charged interest at the rate of 6% per annum.

This motorcycle has a 346cc engine which is based on fuel injection technology. This engine gives you 19.36PS of power and 28Nm of torque. At the same time, you have also been given a 5-speed gearbox in it. The vehicle is 2160mm long, 790mm wide and 1090mm high. While its weight is 192 kg. On the other hand, in terms of features, you have been given features like anti-lock braking system ie ABS, engine kill switch, low oil indicator, battery indicator.

Royal Enfield has updated its bikes for some time now. Earlier, users used to complain about some parts of the bike, which has now been completely changed by the company. Now the company’s bikes come with more updated features.

Now people of small town will also be able to buy their favorite car sitting at home, 200 crores raised for this company expansion